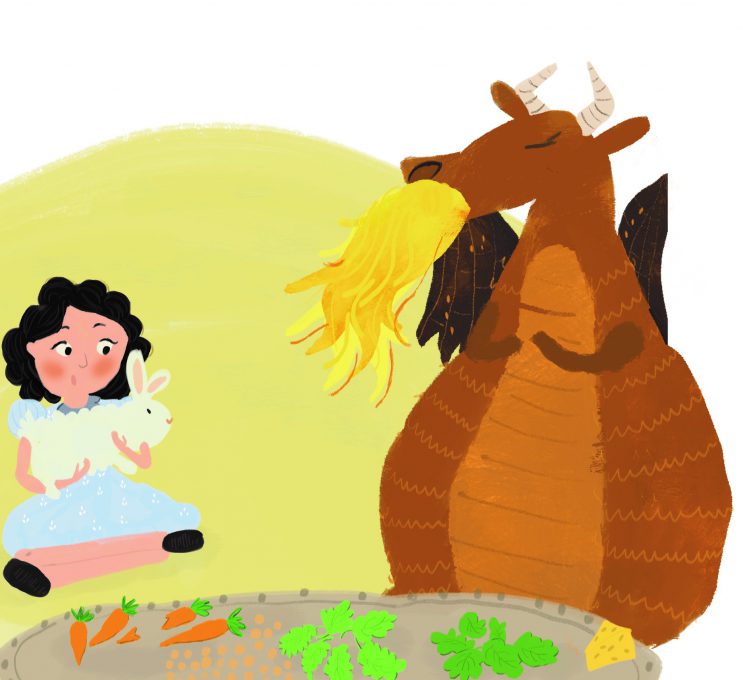 A long time ago in Peace forest, there lived Dino dragon with master Golu, a green giant. Golu took good care of Dino. He would go hunting every day and return with a rabbit for him. Dino was very happy living with his master.

A little girl Aashi and her pet rabbit Rojo lived next to Golu’s house.

One day, Golu fell ill and could not go to the forest to hunt for Dino’s food.

Hungry Dino did not know what to do. He thought of venturing to the forest to find food but his master gave him an idea.

Golu said, “Why do you have to go so far when you can eat the rabbit next door?”
Dino liked Golu’s suggestion and went to Aashi’s house.

Unaware of Dino’s intentions, Aashi and Rojo invited Dino inside their home. Dino saw Rojo lay cosy in Aashi’s arms as she brushed his soft fur. He realised that it would be difficult to eat Rojo as he was Aashi’s pet.

Aashi offered a chair to Dino but as soon as he sat, it broke into pieces. Aashi suggested that they all sit on the floor. 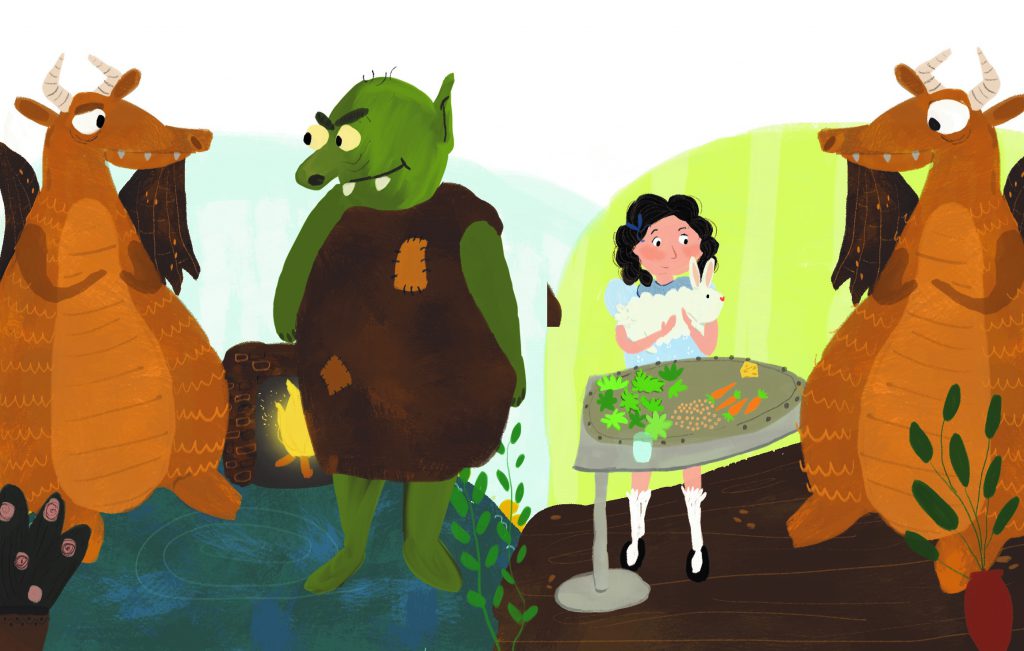 After some time, Dino couldn’t stay hungry and asked Aashi if she had something to eat.

Keeping his size in mind, Aashi served him lots of grass, cabbage leaves, carrots, chickpeas, and a little cottage cheese on a big plate. She served him some milk and water too.

Dino had never eaten such food but because Aashi forced him, he took a small bite but didn’t enjoy the taste at all. it. He thought of sipping some milk but spat it out. He craved to eat a rabbit.

Hungry and angry, he growled, “I am hungry, I want to eat this rabbit.”

Frightened, Aashi grabbed Rojo and said, “You cannot eat him. He is my pet just like you are Golu’s pet. How can I let him be your food?”

Dino sat silently. He understood that Aashi loved Rojo just like his master loved and cared for him. 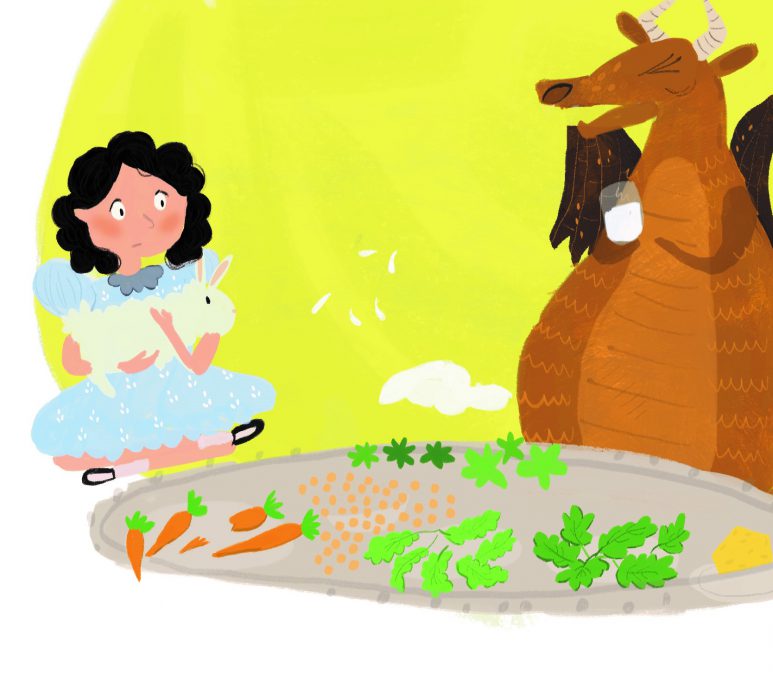 Aashi added, “Rojo eats this food that is why I offered it to you. If you don’t like it raw, I can cook it for you. It will taste better.”

“How do you cook food?” asked Dino. “Food is cooked on fire,” replied Aashi.

Dino found it interesting that Aashi used fire, just like him. He said, “I can create fire! I breathe fire. If you want, I can cook this food right now.”

“Then what are you waiting for?” invited Aashi.

A big ball of fire came out of Dino’s mouth and cooked the food in the bowl.

Aashi quickly added some salt and pepper to the roasted food and asked Dino to try it.

Dino took a small bite and to his surprise, he found it delicious. He finished everything that was in the bowl and thanked Aashi for it. He promised never to eat rabbits and made friends with Rojo.

From that day, the three of them played together. Aashi always had a snack ready for Dino and Golu was happy as now he didn’t have to hunt every day.