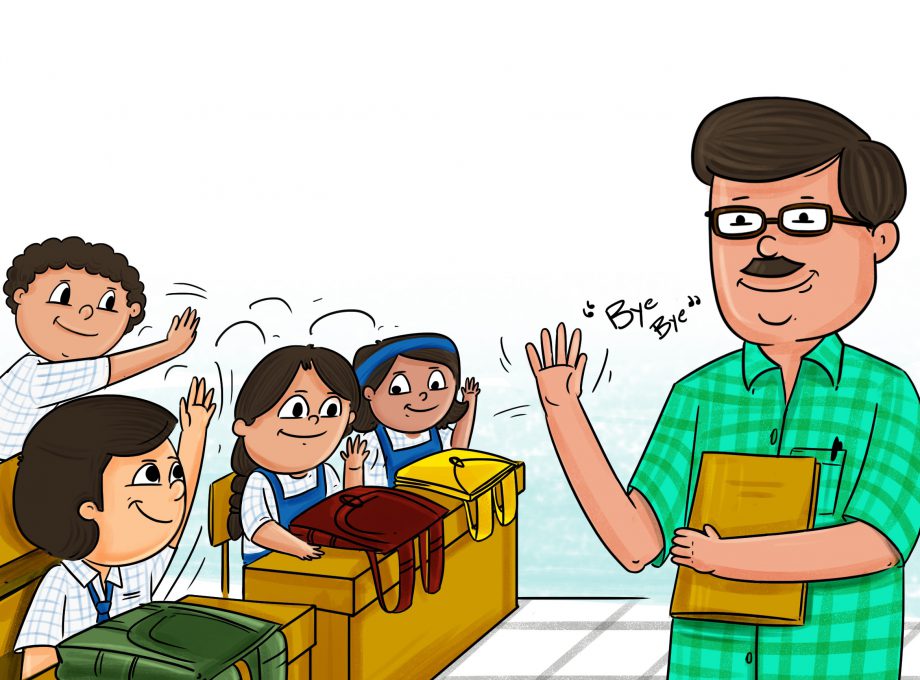 As soon as the new teacher Mr Ramesh entered the classroom, the students said, “Sir! Today is Teacher’s Day in school. We don’t want to study.”

“You pulled the words right out of my mouth,” said Mr Ramesh putting the book down on the table. “Even I don’t want to teach today.” 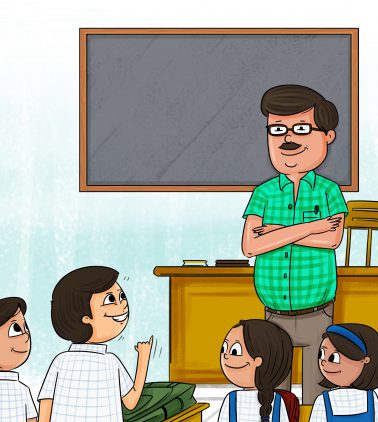 The students clapped together and said, “Wow! What fun! No lessons today!”

“Sir, we do want to play, but didn’t understand what are we supposed to do,” said Yogesh. “Can you explain what the game is exactly?”

“Today, we will speak in rhymes!” said Mr Ramesh. “Whatever we say, we have to make it rhyme like a poem. So if we want to say something, I will say it in two lines. For example:

Devansh was excited about this. He had a flair for writing poetry. He stood up at once and said:

And he raised his little finger to show the teacher that he wanted to be excused to use the bathroom.

The other students started laughing. Mr Ramesh guffawed. He said:

And he signalled Devansh that he was excused.

Meanwhile, Rahul was suffering from an upset stomach. He had to go to the bathroom too.

But he could not think of a poem to ask for permission.

He told his friend, Vikas, “Man! I have to go to the bathroom!”

“Here, take this,” said Vikas handing over a notebook to him. It had some lines written on it. “Say this, and you will get permission to use the bathroom.” 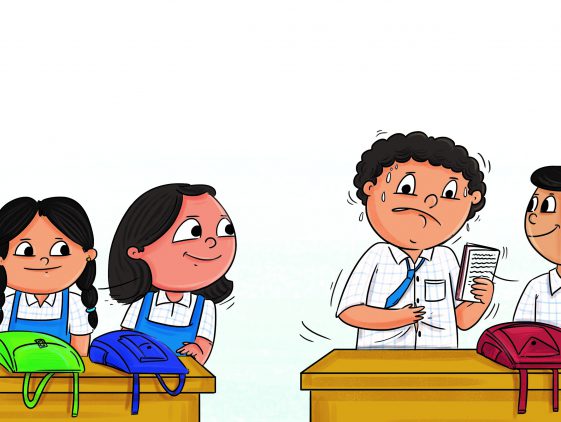 Rahul took the book, stood up, and said:

Rahul pointed at his tummy, gesturing that he needed to go to the bathroom urgently.

All the children were enjoying today’s class a lot. Nikunj who was sitting ahead felt that instead of speaking in rhymes, they should go to the playground and play some sport.

Ideas and thoughts, any?”

He pointed outside, trying to say that they enjoyed the rhyming game and should now be allowed to go outside and play.

But the other students were still enjoying the rhymes.

They shook their hands and said, “No, we don’t want to go outside!”

“Yes, Sir!” said the other students and started laughing.

The period was soon over. The bell rang and Mr Ramesh prepared to leave.

The students said, “Sir, please stay back a little while. We’re enjoying this class so much!”

“Children! This is just the beginning! Just wait and see how much more fun we’ll have! Remember that it is important to have fun while studying and playing. Keep doing that, and we’ll all move forward with gusto,” he said and left. 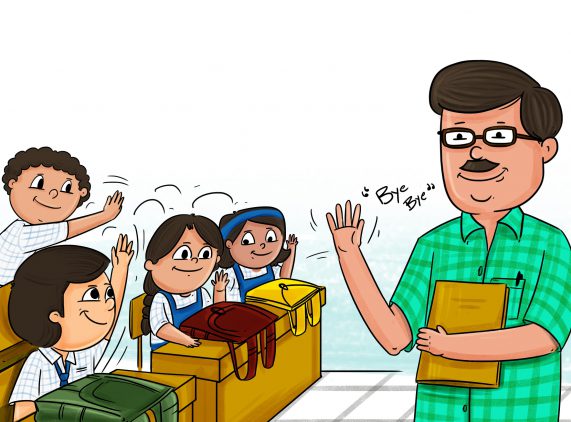 The students had fun celebrating Teacher’s Day in a unique manner. Their day was spent laughing and rhyming.