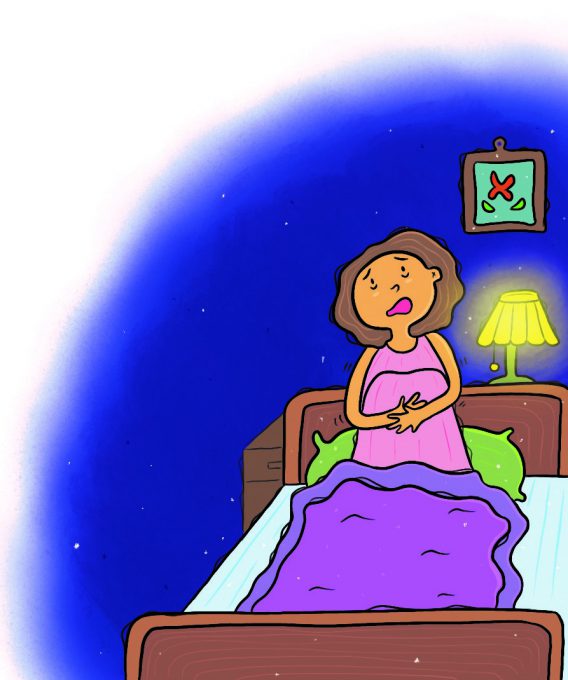 “This is not fair, ma! It is just 9 AM and you have woken me so early,” complained Sumaya as she walked towards the washbasin with her toothbrush in hand.

“And what makes you think that 9 AM is too early? Do you know we are up since 5 AM?” asked ma. Sumaya made a face and started to brush her teeth disinterestedly.

12-year-old Sumaya was extremely lazy about getting up in the morning. She usually slept late and woke up late too. She lazed around in bed, lost in her thoughts even after getting up.

Her parents constantly advised her against wasting time, “Darling, holidays should not be wasted like this. You should use this time to learn a new hobby or read books.” But Sumaya ignored their advice and continued her habits.

Seeing no improvement in Sumaya’s behaviour, ma spoke to her brother, Anuj who said, “Why don’t you send Sumaya to my place, didi? Leave the rest to me.”

Sumaya jumped with joy as she was going to Uncle Anuj’s house for a few days.

“Uncle Anuj loves me a lot and he won’t nag me like ma and pa. This is going to be so much fun,’’ she thought.

Ma packed her bag and gave her necessary instructions before she boarded the bus to Uncle Anuj’s village. “Do not trouble your uncle and listen to him.”

“Sure, ma,” said Sumaya, hugging her mother before boarding the bus. She reached Uncle Anuj’s village in two hours.

Safina, her cousin and Uncle Anuj’s daughter, was waiting for her.
“I hope your journey was comfortable,” asked Safina as she took Sumaya’s bag. Sumaya nodded.

Soon, they reached home and she ran
and hugged Uncle Anuj as soon as she saw him.

Uncle Anuj told Sumaya that she and Safina will be staying in their other house that was vacant. “Safina will help you if you need anything or if there is a problem,” he said.

Safina took Sumaya with her to the other house. Uncle had made arrangements for them in different rooms. Sumaya liked the house and they spent the day talking and playing chess and went out in the evening.
At night, they went to their respective rooms to sleep.

Sumaya could not sleep as the place was new, and also because she was not used to sleeping so early. Since she knew ma was not there to wake her up early the next morning, she picked up a comic and started reading it and did not realise when she went to sleep.

She suddenly woke up and heard loud laughter. It was completely dark in the room and outside. Sumaya was sweating with fear. “This house seems to be haunted,” she thought to herself. She tried to call Safina, but no sound came out of her mouth. She was scared to go to Safina’s room.

In the morning, when Safina went to Sumaya’s room, she found her sitting on a chair, shivering with fear. Safina was surprised to see Sumaya like that and asked, “What happened, Sumaya? Why do you look so scared?”
“Please get me out of here. This place is haunted,” said Sumaya and picked up her bag and held on to Safina. Safina calmed her down and asked her to tell what had happened that made her feel so scared.

After she heard Sumaya’s story, Safina said, “There is no such thing as ghosts. You probably had a nightmare. Take a shower and get ready. My mother is waiting for us for breakfast,” Safina consoled her.

The next night, the same thing happened. Sumaya was now sure that there were ghosts in the house and decided that she would not listen to anybody and take the afternoon bus back home.

Next morning, when Safina came to her room, Sumaya said, “I am not staying here at any cost. I want to go back.”

Safina could not control her laughter. “Don’t be scared. Tonight, I will sleep with you in this room and find out who is troubling you with this laughter,” said Safina. This convinced Sumaya and she agreed to stay for another night.

That night the same thing happened and Sumaya woke up. She shook Safina and said, “Get up, Safina! I hear the laughter. Can you hear it too?” Safina sat up and for a moment she too was scared when she heard the laughter.

She soon regained her composure and asked Sumaya to stay back and went out to see who was laughing. The sound was coming from outside. Safina followed the direction of the laughter.
She had walked a little distance and at a park behind the house, she saw 10 to 12 people laughing together.

“Come, you are welcome to join our laughter club. You can laugh with us as it helps to release all stress,” invited a member.
Safina understood what was going on and she went back to Sumaya and said, “Come, let me take you to meet the laughing ghosts.”

Safina took Sumaya to the park and pointed at the people and said, “Meet the laughing ghosts who laugh to release their tension. They have created a laughter club in this park.”

Sumaya realised, that these people woke up early and came to laugh together. Because she slept late, their early morning laughter seemed like an eerie ghost laugh to her.

It was Sumaya’s turn to laugh now. She tried to control her laughter and said, “Why don’t we join their laughter club?”

Safina joined her and they both laughed heartily. Sumaya was not scared of ghosts anymore.

After this incident, Sumaya changed her routine. She started to wake up early and go for walks in the park. A few days of walking in the fresh air and practising yoga, made Sumaya realise the importance of getting up early and taking care of her health.

Uncle Anuj was extremely happy to see this change in Sumaya, and he could not wait to share with his sister how Sumaya had changed after coming to the village

My story is same

waking up early is important…