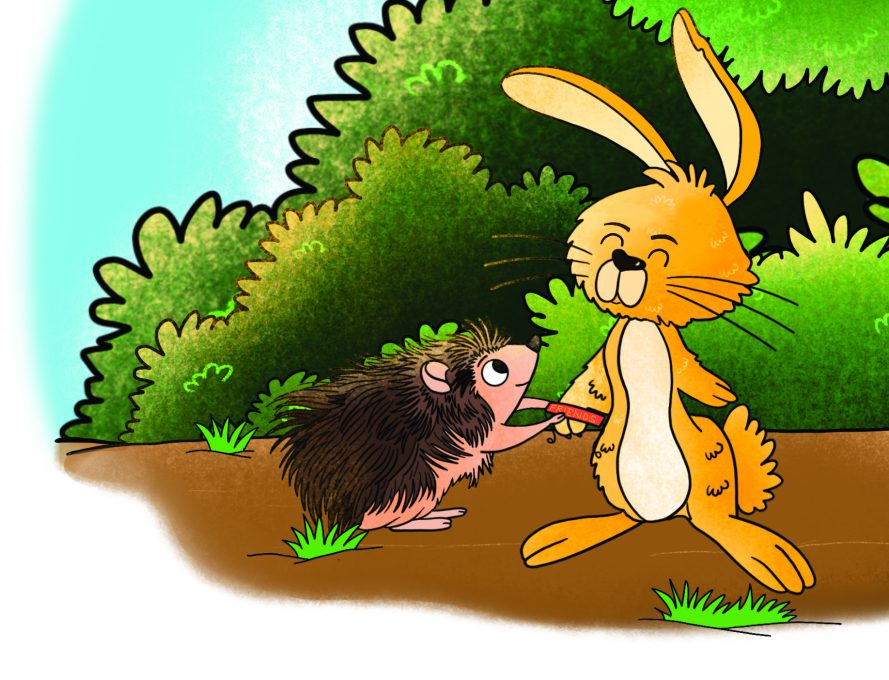 Rexy rabbit was extremely proud of his golden blonde fur. He was in awe of his long whiskers, too. Filled with pride, he didn’t like to speak to the other animals of Anandvan. He felt they were all beneath him. This was the reason he didn’t have any friends. 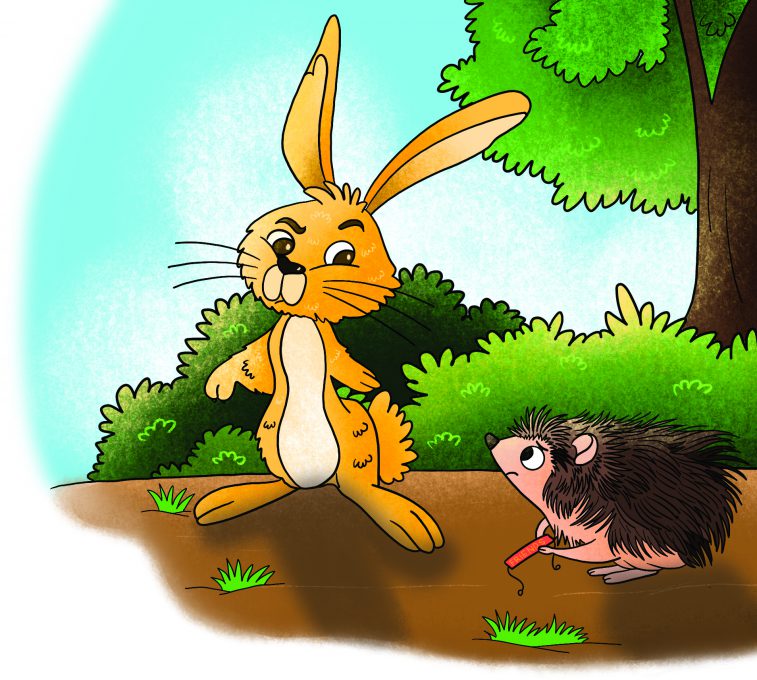 Pip porcupine, on the other hand, was just the opposite. He was sweet, kind and everyone in the forest loved him. He helped and respected everyone around him and that’s why he had many friends. He liked to make new friends and even tried being friends with Rexy who always ignored him.

One day when Pip saw Rexy walking past him, he called out to him and said, “Hello, Rexy. How are you? Would you like to celebrate Friendship Day with me?”

“I have told you many times not to disturb me.

I do not wish to talk to you or anyone in Anandvan, let alone you,” Rexy said with irritation.

“What is it, my friend? I just want to be friends with you and what better way than on Friendship Day?” said Pip.

“Friendship? With you? Never! Have you ever looked at yourself? Go and check your reflection in the pond and then think if you can be my friend,” insulted Rexy.

“What does friendship have to do with how I look? Looks do not matter in friendship, hearts do. I know we can be good friends,” said Pip, not losing hope.

“I do not wish to be friends with you. Look at my golden fur and my lovely whiskers and look at yourself! You carry a forest of thorns on your body. Who would want to be your friend?” Rexy continued insulting Pip.

“I have nothing else to say. You consider looks to be more important in friendship so be it. You only want to have good-looking friends so forget I asked,” said Pip and walked away.

Rexy hopped away without giving it another thought. His words hurt Pip, but since Pip knew Rexy’s nature, he tried not to feel hurt by what he said.

That same evening while Pip was walking along the riverbank and enjoying the view of the flowing water, he heard someone’s cries. It was coming from the bushes near the river.

Pip quickly ran towards the sound. He was taken aback by what he saw there. He saw Fanny fox holding Rexy in his claws, ready to
eat him. 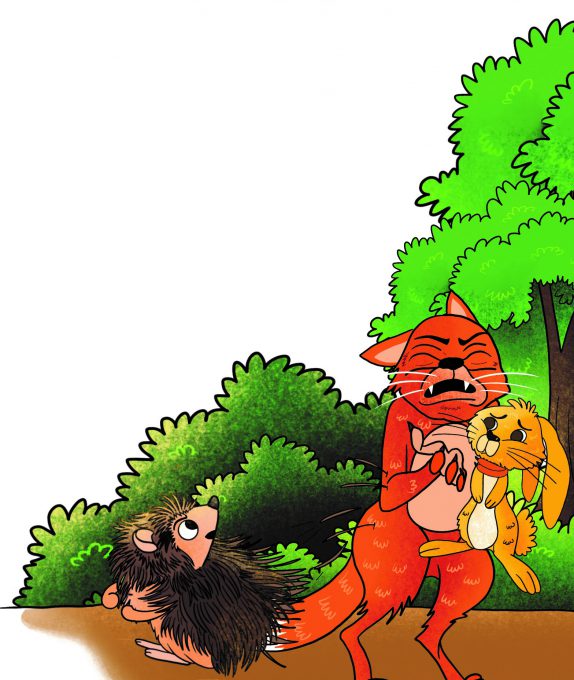 Pip attacked Fanny with his sharp quills, making him lose his grip on Rexy who fell and Fanny ran away groaning with pain.

Pip’s quills had bruised him badly.

Rexy was in a state of shock. His throat was dry. Pip immediately brought some water from the river and gave it to him.

Rexy felt better in some time, but soon realised how mean he was to Pip. He felt ashamed and couldn’t look Pip in the eyes.

“What is it Rexy? Why are you crying Everything is fine now. Fanny is gone and you are safe,” Pip comforted Rexy.

“I said such harsh things to you in the morning and made fun of your looks. I even taunted you about your quills and rejected your offer for friendship, but you still helped me and saved my life. I was mean and ignorant and I did not understand the true meaning of friendship. I am not worthy of your friendship,” said Rexy with regret.

“You may have been mean to me but I know, you’re still capable of being good. I think, whatever happens, happens for the best so forget what you said in the morning and let’s start afresh. We can be friends now,” said Pip with a smile.

Rexy was relieved and hugged Pip. He apologised for his behaviour once again. 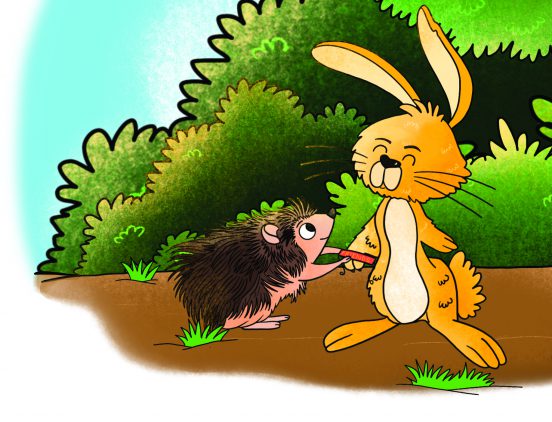 Pip took out a friendship band and gave it to Rexy who wore the band happily. The two friends wished each other a Happy Friendship Day.