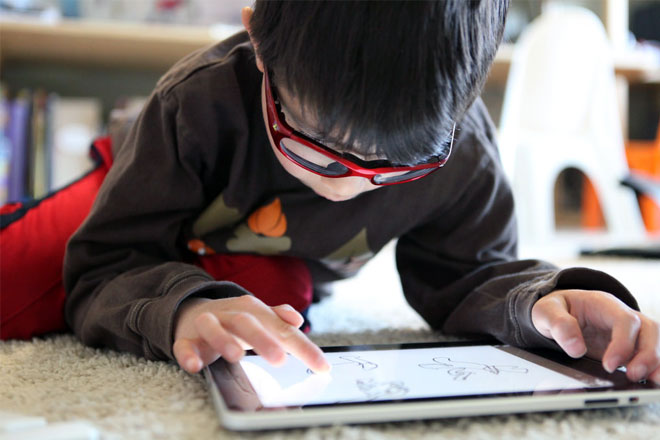 (A child drawing on an iPad. Photo: aperturismo)

Technology and kids today is a sight you often see. A toddler holding a tablet, an infant with an iPhone in her mouth, what’s new? At one point, parents have great regard over gadgets as a way to pacify their children and as an entertaining and educational tool. But later on, it becomes an alarming sight.

Apparently, a research from Common Sense Media revealed the exceptional increase of children using gadgets such as smartphones and tablets have increased in just two years. From 38% in 2011, the biannual survey revealed that children below eight year old using mobile devices have gone up to 72% in 2013. Conducted on American parents themselves, the survey further showed the increase of toddlers’ gadget exposure from 10% to 38%. With this, the American Academy of Pediatrics discourage the tech use for children under the age of two saying that it changes the nature of childhood.

On the same year, the University of Wisconsin showed that toddlers are likely to respond better to video screens that initiates interaction, thus the pacifying effect of tablets to children. Common Sense Media founder Jim Seyer explains that these digital gadgets are changing the entire childhood lifestyle, even replacing TVs, toys, playgrounds, and storybooks. “One-year-olds are now walking up to TV screens and swiping them because they think they are tablets,” he said. “They are becoming a part of childhood in ways that were almost inconceivable before.”

Kaiser Family Foundation reports that on average, children are spending almost seven and a half hours staring at screens. Moreover, children are now learning how to use gadgets first even before they could walk or even tie their shoe lace. Most parents who give in to their children’s whims can’t see the effects but governments and experts are calling on families to reduce their toddler’s exposure to these gadgets. What are the effects of modern gadgets on children? Here are ten reasons why modern gadgets impede children development:

1. Drastic Brain Development
During the toddler years, the brain triples in size and continues to develop until adult years. Studies have shown that too much gadgets may negatively affect a child’s brain on its functioning, and may even cause attention deficit, cognitive delays, impaired learning, increased impulsivity, and decreased ability to self-regulation. Smart Parenting advises parents to sing, read, and talk to their children than letting them play or watch TV at home.

2. Oh no! Obesity
Children who rely their playing time in front of screens rather than outside in the playgrounds do not burn the calories they take in. One in three U.S. children is obese, which may lead to complications such as diabetes, heart attack, and stroke. Parents must encourage their kids to play more. They must understand that there are many benefits of playing  including having their children walk, run, jump and get the exercise they need. Children get fit at the playgrounds and build relationships. The Parents Zone encourages parents to expose their kids more into physical activity then inculcate technology in the later years of their kids for a healthier lifestyle as they grow.

3. Violence
Most parents have noticed that their kids learn to be aggressive due to long hours of playing games in their tablets. Tantrums are the most common form of aggressiveness among toddlers. As they grow older, children who are addicted to computer games are more likely to confront and disobey their elders. So as early as today, instead of relying on tablets to quiet down your little dynamo, opt for coloring books or balls. Take charge of your child today and know more about their behavioral changes with Janet Lehman.

4. Radiation Exposure
According to the 2011 report of the World Health Organization, cellphones and other wireless devices are considered category 2B risk because of their radiation emission. In December 2013, Dr. Anthony Miller from the University of Toronto’s School of Public Health revealed that radio frequency exposure is clearly a threat to children. Healthy Child Healthy World acknowledges this rising radiation issue among children and gives tips on protecting your child from these harmful gadgets.

5. Reduced Interaction
By playing on tablets, they could easily play on their own. In an article published in The New York Times, Dr. Gary Small, author of “iBrain:Surviving the Technological Alteration of the Modern Mind” and director if the Longevity Center at the University of California says that if children spend too much time on technology and less time with people, it hinders interaction and disrupts the normal communication skill development on children. In a family set-up, toddlers often fail to improve on their communication with their parents since they surround themselves with inanimate objects. Others copy and inherit the skill of talking from TV but fail when socializing with other people.

6. Sleep Deprivation
Children who get addicted to playing on their phones or tablets miss out on the needed rest. On other occasions, playing on their tablets becomes their sleeping pill. Without it, they become grumpy and aggressive. The Sleep Lady explains signs whether your toddler is suffering sleep deprivation and tips that you could do to help your toddler have a good night’s sleep.

7. No Exposure To Nature
Gadgets are killing the development of a child. Instead of getting out and learning the ways of the world, running and socializing with other kids, they would rather stay at home and play on their computer.  Some parents who are overprotective find technology as helpful since they know that the safety of their child at home is secured. However, they fail to realize that the child is estranged from the natural world of plants, animals, lakes, and sky. Toddlers should be able to throw a ball, hop, skip, jump, run, call a friend by names, among others. Learn more about toddler milestones from Babycentre. This is one of the benefits of playing outside in playgrounds, they learn a lot from interaction, socialization, nature’s beauty, and life itself.

8. Damaged Eyesight
Prolonged exposure at computer screens strains the eyes. Experts say that good eyesight largely depends upon staring at things of varying distances. Research shows that children who are addicted to playing computer games are more likely to develop eye problems as they grow. Vision shares more insight on how computer gaming affects the eyes of children.

9. Addiction
If parents continue to feed the whims of their children, they are allowing addiction to grow. Parents must expose their children to the rest of the world rather than leaving them at home with their gadgets. WebMD explains how computers and gadgets are addictive. Instead of getting them addicted to such technologies, they should be exposed to activities that promote mental, physical, and emotional development.

Despite numerous studies revealing the negative effects of modern gadgets on children, some experts are still positive about the rise of technology. University of Wisconsin assistant professor, Heather Kirkorian says that touch screens could hold educational potential for toddlers. Being an expert on child development, “Kids who are interacting with the screen get better much faster, make fewer mistakes and learn faster. But we’re not turning them into geniuses, just helping them get a little more information,” she explains.

Technology should be encouraged and yet moderated. It is a new generation and kids should get the right amount of knowledge over such advancements. However, parents must perform their responsibility of protecting their child. While there is still time, introduce a new habit of playing outdoors and interesting games with kids of his age. 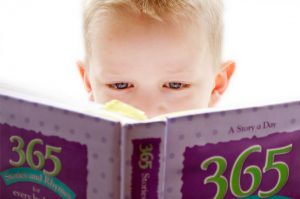 Why are Stories Important for Children?
Stories play a vital role in the growth and development of children. The books they read and the characters they get 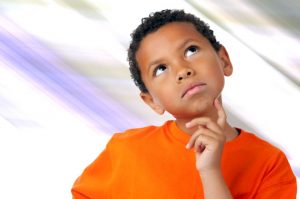 Help Your Child Develop Good Judgment
Many adults are crippled with indecision when faced with difficult choices. Others, worse yet, 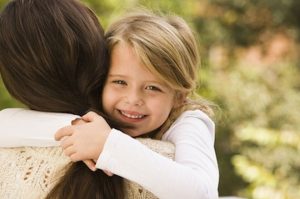