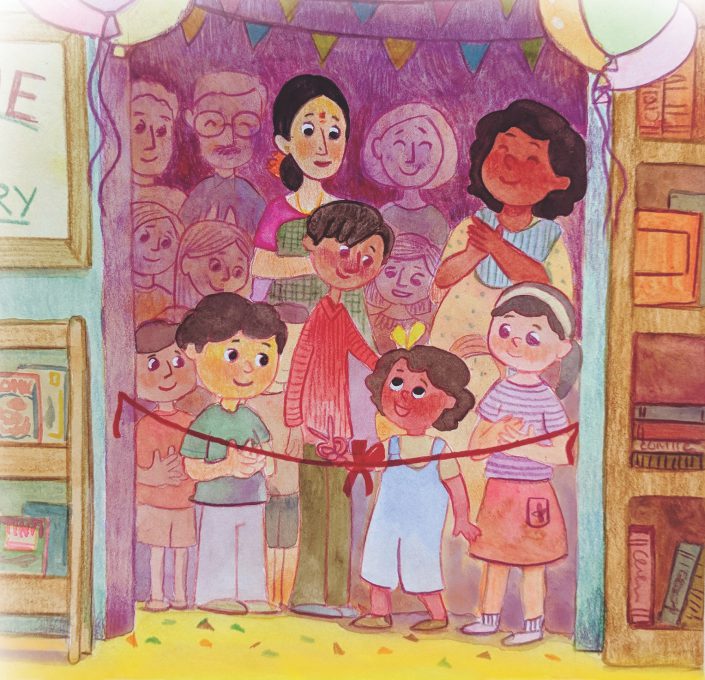 Manav returned home tired after a long day at the playground.

His mother, Mrs. Gopal, was busy cleaning the house.

“Can I help you clean, mother?” asked Manav.

This request surprised his mother as Manav did not like to clean. He even refused to tidy up his own room!

Mother was puzzled, but she gave in, “Alright,” she said.

“I will begin with the study,” said Manav, eager to get going. 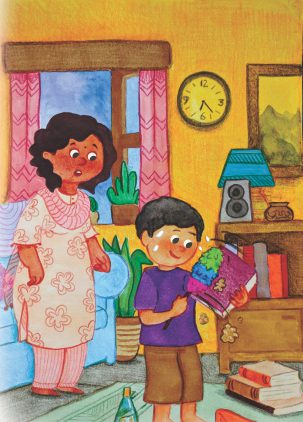 After a three-hour marathon, the house sparkled and gleamed.

Pleased with his effort, mother offered to make Manav his favourite drink―strawberry milkshake.

“No thank you!” said Manav, as he ran out of the house. “I am not hungry mother. Maybe tomorrow!”

Surprised, mother watched the little boy disappear into the distance.

When he returned later that afternoon, Manav looked tired and dirty.

Curious, mother asked him, “Manav, where have you been playing at?”

Manav smiled the widest grin. “Tomorrow,” he said, “I will tell you everything mother!”

The next morning, Manav was up by 6 o’clock. He packed a few sandwiches for himself, and made some for his mother.

Then, before mother could even get a word out, he hurried out of the house.

By now, mother was alarmed!

She picked up the phone and dialed her neighbour, Mrs. Iyer. Her daughter, Sumedha, was Manav’s best friend. They studied in the same class. 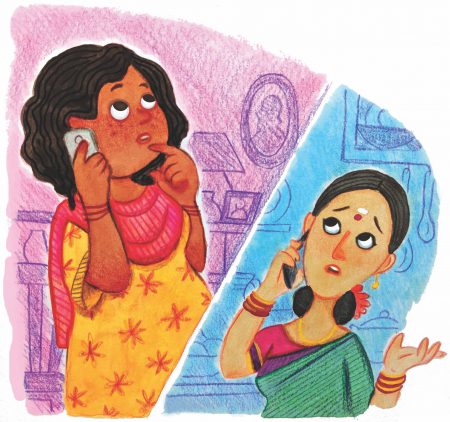 “Mrs. Iyer,” began mother, “Manav, has been behaving in a strange manner since yesterday. I was wondering if…”

“Mrs. Gopal!” Mrs. Iyer stopped her mid-sentence. “I was about to call you!”

“Yesterday, despite my refusal, Sumedha cleaned the study. Then, she came in late for all her meals!” complained Mrs. Iyer.

Concerned, mother said, “I better call the twins, Aarav and Ananya’s, mother and find out what is going on.”

The twins, who lived two houses away from Manav, were in his class.

The strange story continued. Their mother said that the twins had forced the maid to clean the study yesterday.

Mother waited for Manav to return for lunch. It was 3 o’clock now and he had still not returned.

Anxious, mother decided to look for him. Just as she was about to step out of the house, Manav came rushing in.

“Mother, can you make two bottles of strawberry milkshake right away and bring it to the community hall at 4.30 pm sharp?” asked Manav.

Annoyed, mother did as Manav asked and showed up at the community hall at the requested time.

There she saw little Uttara, standing at the entrance of the hall. Her brother Arudra was standing next to her.

Eventually, the parents started to come to the hall.

At 5 pm, Manav, along with Sumedha, Aarav and Ananya came out of the community hall.

They silently tied a ribbon across the doorway. 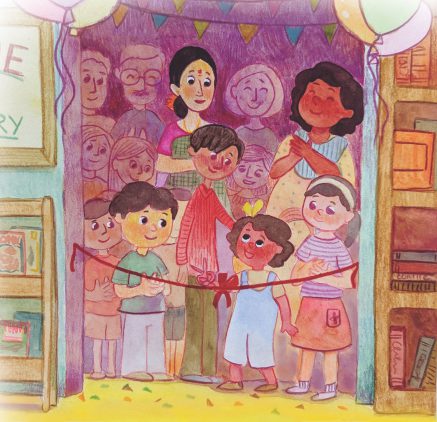 “We are proud to welcome you to the opening of our colony library,” said the children together.

“It is free for all. We have a collection of children’s books, comics, old text books and note books. All the children from the colony are welcome to spend their summer afternoons here.”

Little Uttara cut the ribbon with the help of her brother Arudra. Surprised, the parents cheered and clapped. Mother smiled.

Everybody stepped into the room.

Inside, the children had neatly arranged the books on old, unused racks and each section was labeled.

All the parents appreciated the children’s efforts.

Some even pledged to donate more books to the community library.

They spent their afternoons reading and drawing. Every day a parent sent in snacks, while some even joined the reading sessions.

The summer vacation turned out well for the children. Their plan worked after all.