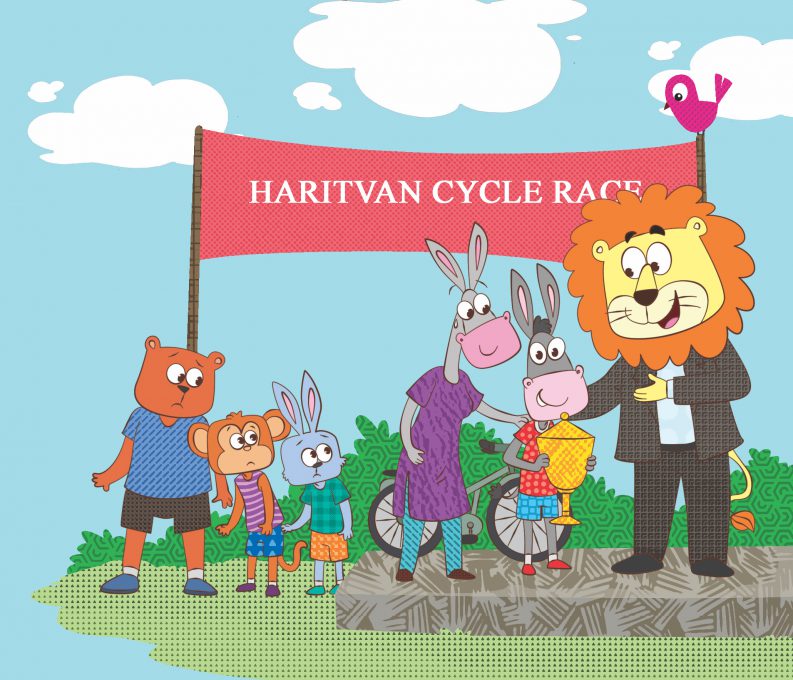 Like every year, this year too, a cycle race was being organised in Haritvan. All participants had to get their names registered with Jumbo elephant.

Although the race was a week away, Rohan rabbit, Bholu bear, Dumpy monkey and Chunky donkey had got their names registered.

All of them, except Chunky, owned racing cycles.

Last year Rohan had won the race. This year too, he was confident of his victory. He had the best racing cycle in all of Haritvan, as his was from abroad.

Chunky was worried as his cycle had become old and rusty. Although, he had registered himself, he realised that he had no chance of winning the race with his old cycle.

All of his friends gathered at the Haritvan field in the evening for practice and preparation. 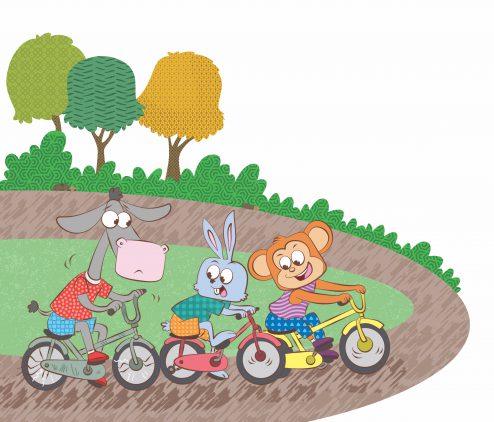 When Chunky reached the field, he found Rohan and Dumpy already practicing.

Chunky too joined them. But when they saw his old cycle, they started laughing at him.

“Chunky, your cycle should be put up as an antique in the museum. How do you expect to win with this junk cycle?” said Rohan.

“If you take my advice, Chunky, you should withdraw your name from the race. One needs a good racing cycle like ours to win the cycle race,” advised Dumpy.

Chunky was hurt but held back his tears. He left the field and quietly went back home. As soon as he entered the house, he dropped his cycle on the floor angrily and sat on his chair, crying.

When his mother saw him crying, she came up to him and asked, “What happened Chunky? Why are you crying?”

Chunky shared everything with his mother and asked her for a new cycle for the competition. 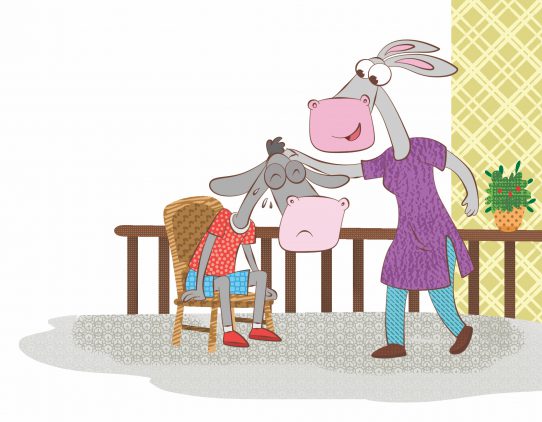 Chunky’s mum stroked his hair fondly and said, “Chunky, you know right now, we do not have enough money to buy a new cycle. As far as participating in a race goes, you can do that on your old cycle as well. You can win with it too.”

“Don’t give me false hopes, mum. How can I compete with Rohan and Dumpy’s new cycles with my old rickety cycle?” said Chunky, drying his tears.

“Don’t worry if your cycle is not new. Practice regularly. You still have a week before the race. Don’t pay any attention when Rohan and Dumpy tease you. Concentrate on practising,” said Chunky’s mum.

“We can spend some money and get your cycle repaired by a good mechanic,” his mum added.

The next day Chunky took his cycle to the mechanic who put oil in the chains, changed its gears, and gave it a polish.

Every day, he spent two hours cycling around the ground. At first he would get tired easily but slowly, his stamina built and he was able to take many rounds of the field without getting tired.

Rohan, Bholu and Dumpy were full of confidence of their racing cycles. They did not practice much. Every evening they turned up at the field, but instead of practicing, they just sat there gossiping and laughed at Chunky.

Chunky did not pay attention to their comments and just kept cycling. 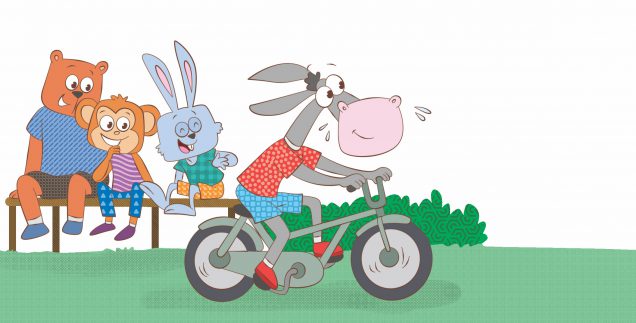 On the day of the race, the participants stood on the start line. Chunky was quiet while Rohan, Dumpy and Bholu, boasted of their sure-shot victory.

Cheetah Singh whistled and waved to start the race.

Rohan shot like an arrow and was soon ahead of all.

Just behind him were Dumpy and Bholu with Chunky coming in last.

But a little ahead, Rohan’s cycle started giving trouble and he got down to try to set it right.

Now Dumpy was in the lead. Bholu and Chunky followed him.

Chunky’s mother was there to see the race. She kept encouraging her son, “Well done Chunky! Keep on Chunky!”

After three rounds, Dumpy and Bholu started getting tired and they slowed down.

Chunky, because of his training, kept on cycling and left the others behind, and won the race easily.

Sheru lion went on to the stage and said, “The winner of today’s race is Chunky. Not only did he win the race, but has completed it in the shortest time, setting a new history in the cycling history of Haritvan. He gets a special award along with his trophy.”

Chunky went on the stage with a big smile on his face. He was thrilled when he was presented a brand new racing cycle along with the trophy. King Sheru asked him to speak a few words.

“I won the race because of my mother. If she had not encouraged me, I would not have taken part in the race, because my cycle was old and rusty. I felt I would not win the race on it. But my mother explained to me that to win a race, we need hard work and practice, and that is why I dedicate this to her.”

All the animals cheered him and his mother was very proud and happy for him. 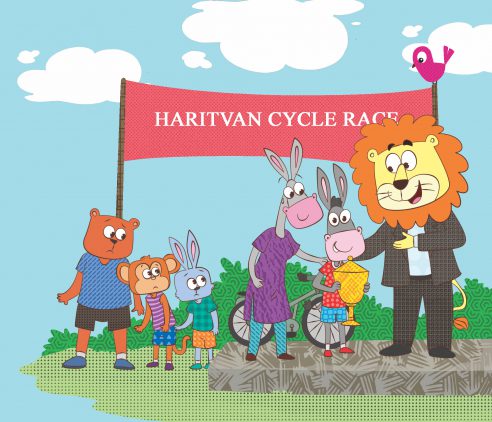