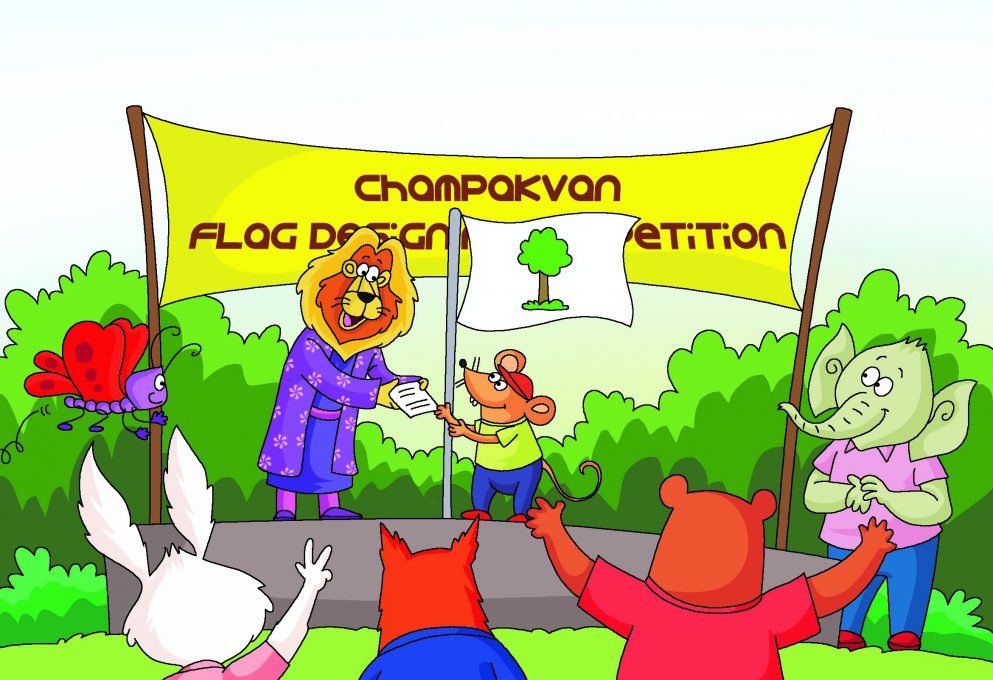 King Shersingh was relaxing in his den while watching a program on television. The program was about historical events that happened in India and the history of the Indian flag. Suddenly the thought that flashed across Shersingh’s mind was that Champakvan too should have its own flag.

He immediately called his chief advisor, Jumbo elephant who came quickly, worried why Shersingh was calling him urgently. When Shersingh shared his idea about Champakvan having its own national flag, Jumbo relaxed and became excited about the idea as well. 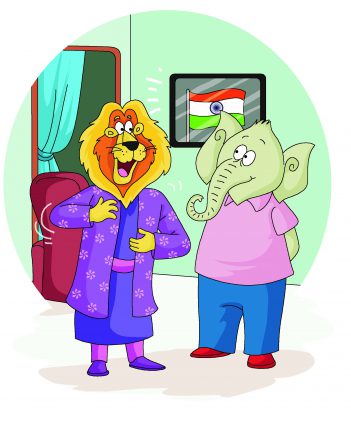 They both discussed, that the next day Shersingh will make an announcement in Champakvan about the idea of adopting a Champakvan flag and invite designs for the flag, with the reasoning behind the design. The winner would be announced a week before the Champakvan National Day and would receive a certificate and prize during Champakvan National day celebrations.

The next day, Shersingh made the announcement on TV and radio. All the animals of Champakvan were excited about designing the flag. Rangeela peacock, Kitty squirrel, Gini giraffe, Meeku mouse, Fishy fox and many others became busy thinking about the design for the flag.

In every nook and corner of the forest, the only topic one could hear was about flag designing. Finally, the day came and all the participants submitted their designs of the flag. The collected designs were displayed so that all the animals could see the flag ideas.

Shersingh along with Jumbo and other ministers started reviewing the designs of flags submitted by everyone. They found many creative work like Rangeela’s design that showed the rainbow as a national flag with each colour meaning something, Gini’s design had a flame as a symbol of illumination. Most of the ministers were impressed with Fishy’s design in which she had put king Shersingh’s photo in the center of a red colour triangle in the flag. 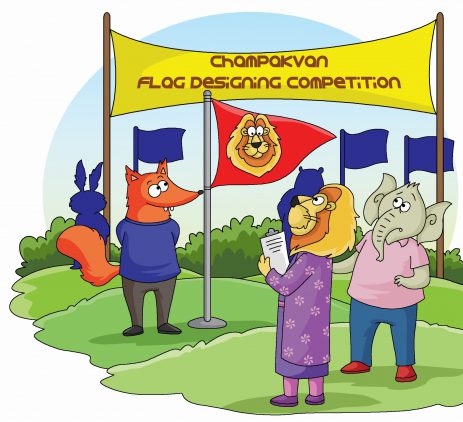 Jumbo said, “Your majesty, I do not agree with Fishy’s flag design because it is person-specific. It only shows the strength of Champakvan as its King. A flag should be used to represent the place and its people. It should talk about shared values, history and moral standing of the people in the kingdom.”

Jumbo then moved to the simple design made by Meeku that had a tree on a white background. The white represented light, goodness, innocence, purity, and the tree symbolized the generations of a family. A tree sprouts from a seed, grows and branches out, sees how far it can go, and then creates a new fruit that gives life to the next generation. Tree is a symbol of growth and strength. So I would suggest that we should select Meeku’s design for Champakvan’s flag,” said Jumbo.

Shersingh liked Jumbo’s reasoning and they all declared that Meeku’s flag design would be officially adopted as the flag of Champakvan. It would be hoisted on the upcoming Champakvan day celebrations. 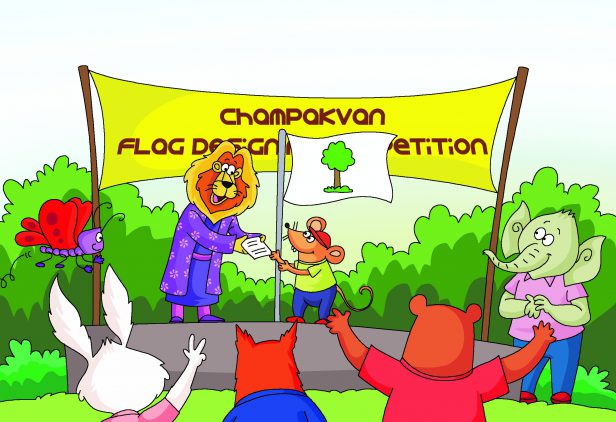 All the animals congratulated Meeku for creating a wonderful and thoughtful flag for the forest and Shersingh and Jumbo for selecting such a flag.