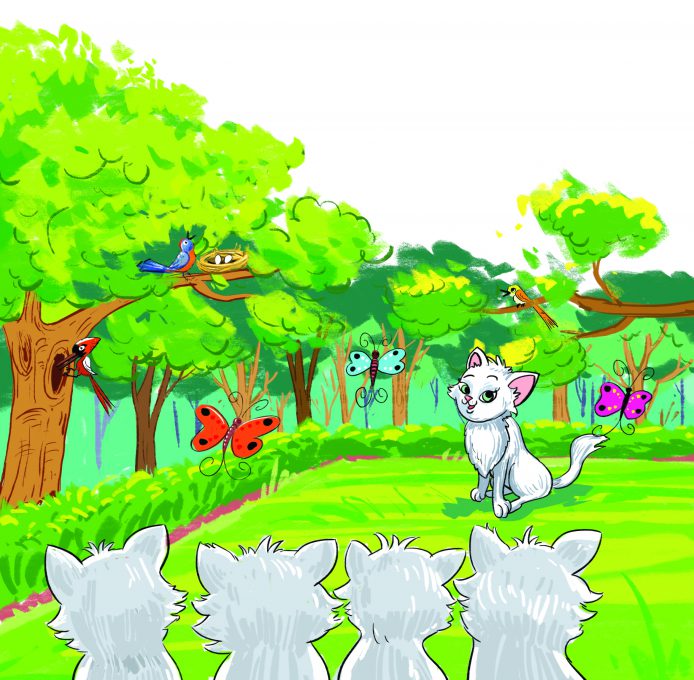 Dr. Singh was a famous surgeon who lived in Civil Lines in Jodhpur with his wife and two sons. In their garden there lived a cat with her four kittens. The kittens were furry with green eyes and the boys loved having them around.

The kitchen had a door that opened to the garden. The cat and kittens would live in that part and would come near the kitchen step for food that Mrs Singh would keep outside for them.

The kittens were very playful. They loved playing hide and chasing each other. Once tired, they would lick and caress each other. Dr Singh’s family loved watching their cats play. 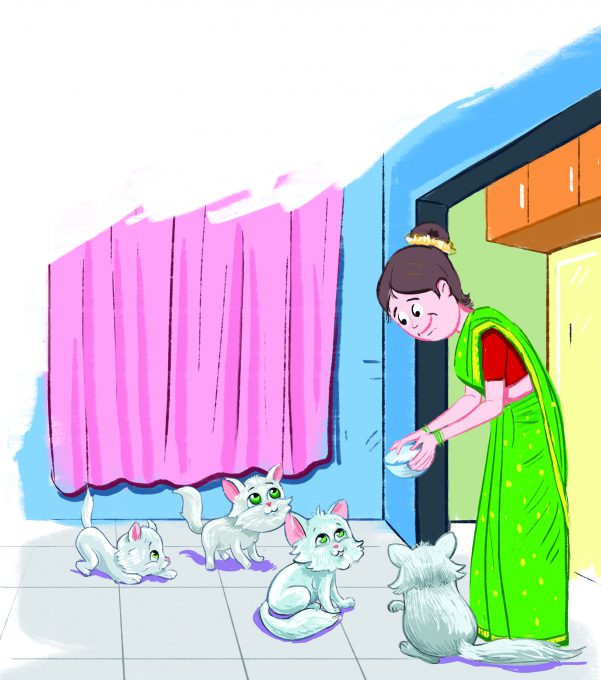 Slowly, the kittens began to grow up. The mother cat would leave the home early in the morning after eating milk and bread and would only return at night.
All the four kittens would move around the garden but now, they too wanted to go out, learn to climb the trees and jump from one branch to the another and become independent.

Finally, the day came when the mother cat took the kittens out. The kittens were excited to be outside and see lush green parks, giant trees, plenty of people, lot of birds and squirrels.

They ran to catch the birds and butterflies and chased the squirrels. Chotu, the youngest of the four brothers, was scared to run and chase them. He was tinier and smaller than the rest and hence the name.

Seeing the cat with her kittens, the birds on the trees started making calls to alert the other birds about danger. The mother taught the kittens to walk without making a noise, climb a tree, and catch birds.

All the kittens watched, listened and understood but Chotu’s attention was somewhere else. He was thinking it was cruel to kill others.

Somehow, Chotu got through the day’s training but during supper at night, he told his brothers, “Other animals too have a right to live. Is it fair to kill them?”

As soon as they heard the question, the three brothers burst out into laughter.

“If a horse becomes friends with the grass, what will it eat?” they asked, making fun of him.

Chotu became quiet and scared. He had not expected such replies from his brothers.

Chotu was extremely nervous every time his mother took the four of them for hunting. He was not able to pounce, catch and kill any animal.

The mother cat was extremely worried that on one hand, Chotu was skinny and on the other, he did not want to hunt. How would he survive?

Chotu tried to climb the tree but became scared and fell when the birds began to
make noise. Chotu was always lagging behind whenever their mother took them out. 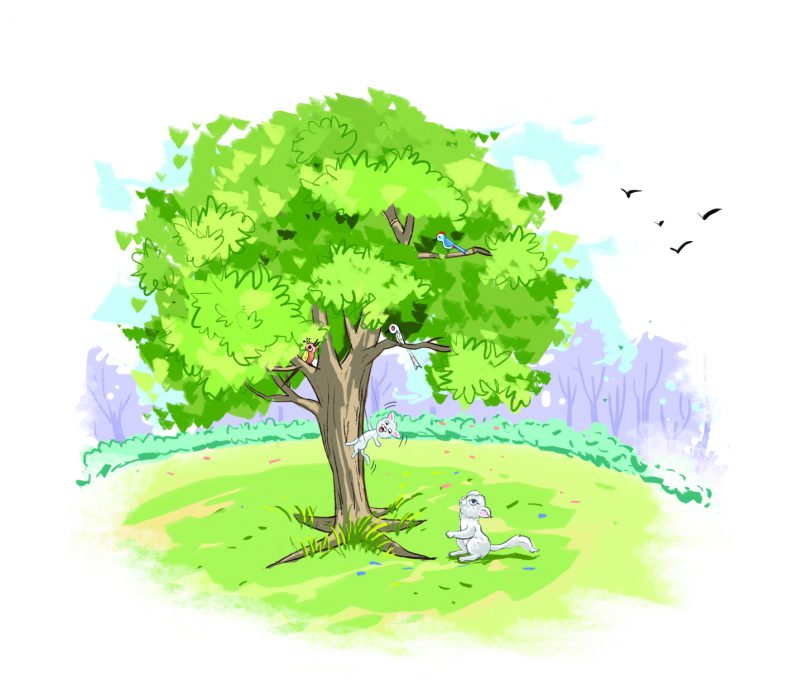 Slowly the kittens started going out on their own. The other three brothers would look for prey in the grassy meadows and shrubs. They would walk into nearby homes but at night, all of them would come back to Dr. Singh’s house.

Chotu would join them at night but, no one knew where he was during the day.

One day, when Chotu did not return at night, all the others became worried.
They mewed to call out.

Dr. Singh’s family, who understood that Chotu was missing, searched for him in every possible place. The mother cat feared that Chotu had been attacked by other animals.

After some time, everyone gave up the search. The mother cat’s search, too, yielded no results. Dr Singh’s children got tired and fell asleep.

When they woke up the next morning, the mother cat could hear Chotu’s voice. She ran in that direction.

Chotu was sitting in one of the houses in the colony. There was a bowl of milk, bread and chapatti in front of him. A small boy was patting him gently. And, Chotu was drinking milk from the bowl.

As soon as Chotu saw his mother, he came running to her. His mother started licking Chotu. Chotu too hugged his mother back. Happy to see her son safe,
the mother cat forgot to scold him for not coming home.

Their mother reached home with Chotu. Dr Singh’s family found out where Chotu spent the night. They felt happy that Chotu had found a cat lover and people to love him.

Chotu’s mother was also happy that her son was in safe hands and that Chotu was happy at his new home. 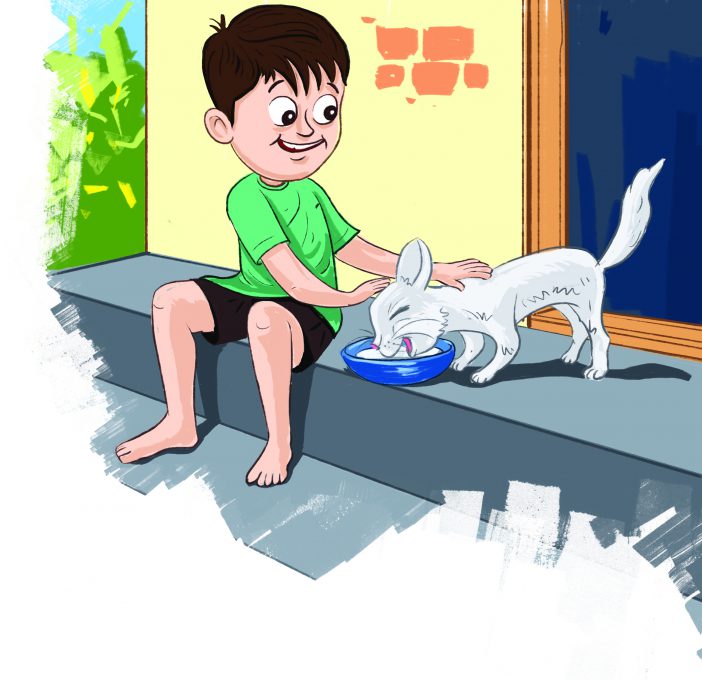 They all understood that Chotu wanted to spend his life without having the need to hunt.

2 thoughts on “Chotu Finds A Home”

I want to make magazine in ms word