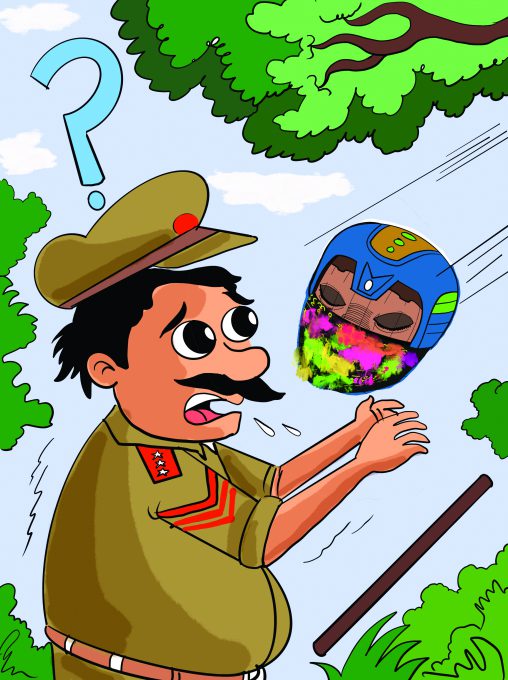 Halloween was round the corner, but instead of carving pumpkins and dressing up in their favourite costumes, and going house to house asking for chocolates, there was complete chaos at Sea View Housing Society where people had gathered in large numbers.

Police was patrolling the area. Inspector Piyush Bhosle, was being questioned by the media as he had discovered an alien today!

Inspector Piyush claimed that he had seen an alien in the jungle next to the Sea View Housing society. 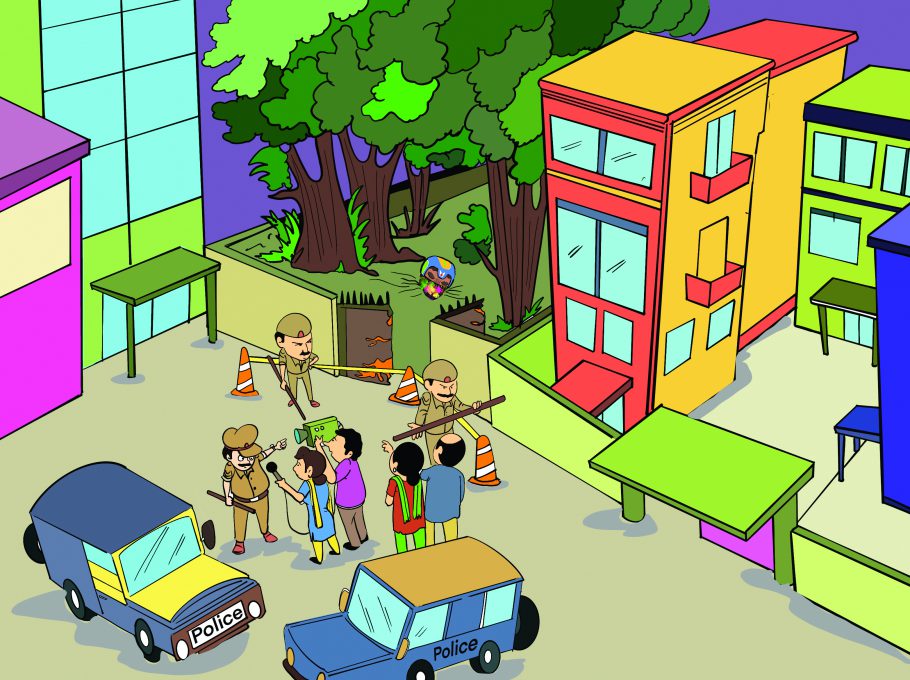 The alien’s body was buried in the ground from the neck below and only his face was visible.

From a distance, Inspector Piyush said, it looked as if a helmet was covering the alien’s head and a mask covering its mouth and nose, which made him look fascinating.

The mask had something painted on it that Inspector Piyush said was not seen before. The police had closed the entire area and nobody was allowed to go close to the alien.

People were trying to get a glimpse of the alien from a distance and whispering among themselves. Inspector Piyush was being interviewd by a journalist from a local newspaper about this strange discovery.

Inspector Piyush answered his questions in a serious tone and explained about his investigation, “After last night’s thunder and lightning, a woman from Shyama Society noticed something unusual in the jungle and called me. I went to the spot she had said and to my surprise discovered an alien wearing a mask just like us.”

“It proves that the planet that the alien has come from has also been infected with the coronavirus or that the residents of that planet are aware of the crises on Earth. It is also possible that they know it can spread to their planet as well and hence they have taken the precaution of wearing a mask. Or
this alien brought the disease to our planet and is now caught.”

Inspector Piyush had informed his headquarters about the alien and a team of scientists were on their way to the town to verify it.

He was pleased about his achievement and had started dreaming of his name being published in the newspaper and getting a reward. After all, it was because of him that an alien had been caught.

To take the entire credit for the discovery he had sent the original witness away and also threatened her to keep her mouth shut.

Soon, the team of scientists arrived. Inspector Piyush took them to the site where the alien was buried. The team wore their protective gears before moving close to the alien. The police guns were all pointed towards the alien in the event of an attack. 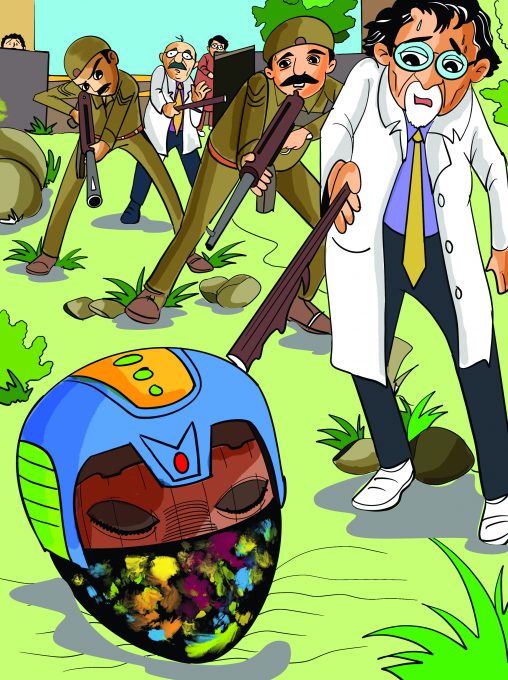 One of the scientists lightly pushed the helmet with the help of a stick. The head of the alien rolled to the ground. The gathered crowd screamed with fear and started to run but the scientist was taken aback.

He took off his protective helmet and looked at Inspector Piyush with rage.

He bent down and picked up the alien head and angrily threw it at Inspector Piyush who screamed with fear and almost lost consciousness when he saw the alien head coming towards him.

The alien head hit Inspector Piyush on his head and he lost his balance.
His throat dried up as he looked closely at the alien head. He picked it up and was surprised to see it was a wooden head wearing a cloth mask.

First understanding and then being horrified at the blunder he had committed, he looked at the scientists and stuttered, “I am sorry, Sirs and Maams. Mrs Meena from Shyama Society said that she saw something odd and the moment I saw this head, I thought it was an alien. How would I have known what an alien looked like?”

In the mean-time, the news of the alien head had spread like wildfire.

A pair of siblings reached the spot with their dog to claim the wooden head with the mask. Ravi said, “Uncle, head is ours. We were preparing for the upcoming Halloween festival. I was supposed to be China, my sister India and this wooden head was coronavirus.”

“My sister had painted a flag on the mask but our dog Buzo sat on it so it looks eerie. We were playing at home with it and Buzo was not pleased by it. He grabbed the head in his mouth and ran away. Buzo returned after a long time and the head was missing when he came back. I want to thank you for finding our head. Can we please take it with us?”

Grinding his teeth, Inspector Piyush gave them the head. 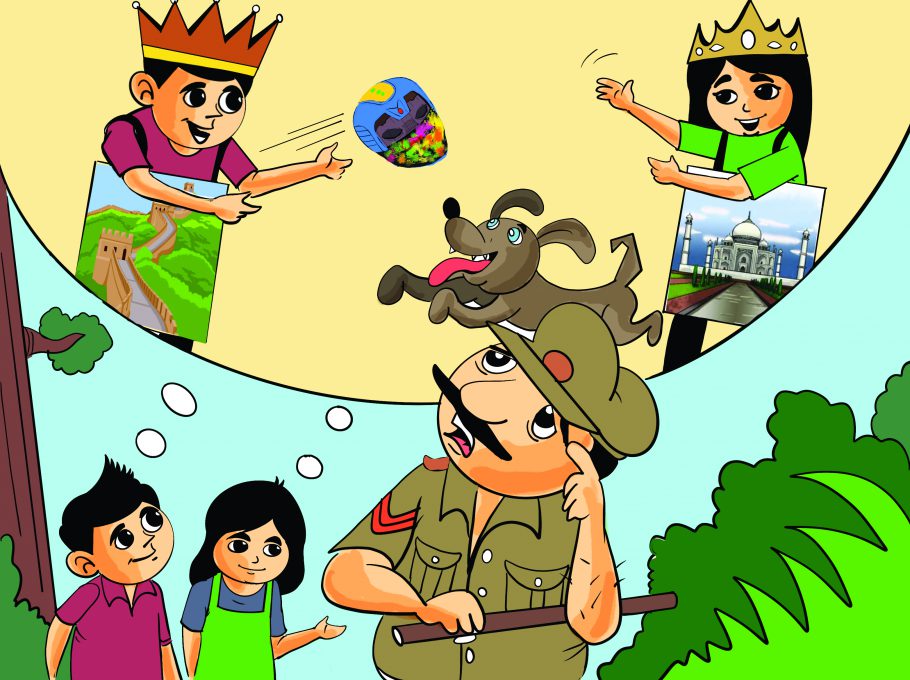 As he saw them leaving with it, he could see his fortune leaving with them. He started preparing himself for the huge scolding that he was about to receive instead of the reward that he had imagined. This was his worst Halloween.