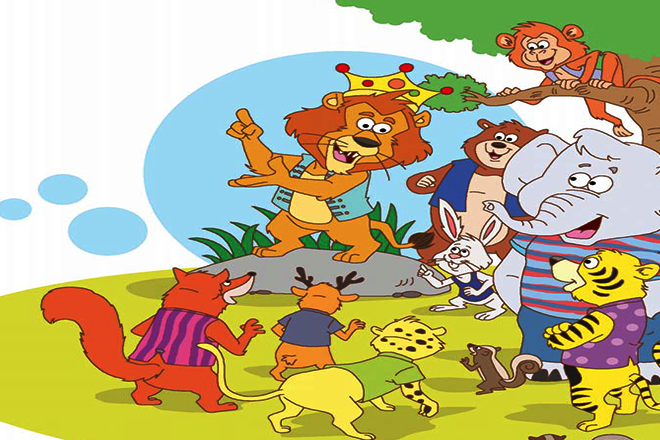 Manu and Moosa, the mice had recently been to the city. There, they were awed by the grand preparations that were going on for the upcoming of Holi festival.

Once they returned to the forest, it was all they spoke about to any animal they met along the way.

“You should see the arrangements that were going on in the city. There were banners, flowers and decorations everywhere!” they said to the animals who had gathered around.

“You two are right,” said Kanu crow, who flew to the city every day. He had seen the preparations too. “With the variety of colours, food and music, the celebration is a treat to watch,” he said.

“Holi is in two weeks and we are the only ones who are not celebrating,” said Bani parrot glumly.

“In that case, why don’t we organise a Holi celebration in our forest?” suggested Bittu bear.

“Yes, let’s celebrate!” the other animals agreed enthusiastically. So, a meeting was fixed to discuss the details and all the animals of the forest were invited.

Within an hour, all the animals gathered, including King Rana the lion. Sona deer, Rinu fox and Jitu jackal were put in charge of the decorations, while Bittu bear, Dhanu elephant and Tinu tiger volunteered to clear the ground where the celebrations would take place. The birds were put in charge of collecting fruits for the feast.

“My dear friends, I have a suggestion,” said King Rana. “From what I understand, humans use artificial colours that are difficult to wash off, and also stain the water and soil. Taking a lesson from that, why don’t we use natural colours from flowers and berries? That way, even when we wash ourselves at the river, the water will not be polluted with artificial colours.”

“Excellent suggestion!” said Tinu. “We should also avoid using plastic plates and cups for the feast. The ground will be littered with plastic after the celebration and it will be difficult to clean. If one of the kids swallow a plastic cover by mistake, it is very dangerous.” Everyone agreed and set about executing the tasks assigned to them. The monkeys collected fruits and berries to prepare different colours for the Holi celebrations. Some animals sewed leaves together to make plates and cups. Meanwhile, the koels and cuckoos practised their songs, and the horses practised their drums. The entire forest began to wear a festive look.

Finally, the day of Holi arrived. King Rana was impressed by the effort put in by all the animals.

Soon, the celebrations began. There was a riot of colours as the animals splashed colours on one another.

The kids sprayed each other with their pichkaris and some danced to the music.

The news of the grand Holi celebrations reached the animals in the neighbouring forests. Some of them dropped by to see the celebrations. They too were invited to take part in the festivities. “Celebrating Holi is a lot of fun. I wonder why we didn’t do it before. Henceforth, let us celebrate any festival or event that spreads cheer and happiness, not just in our forest but in all the forests,” declared King Rana.

All the animals cheered the King Rana’s announcement. They continued celebrating through the day.