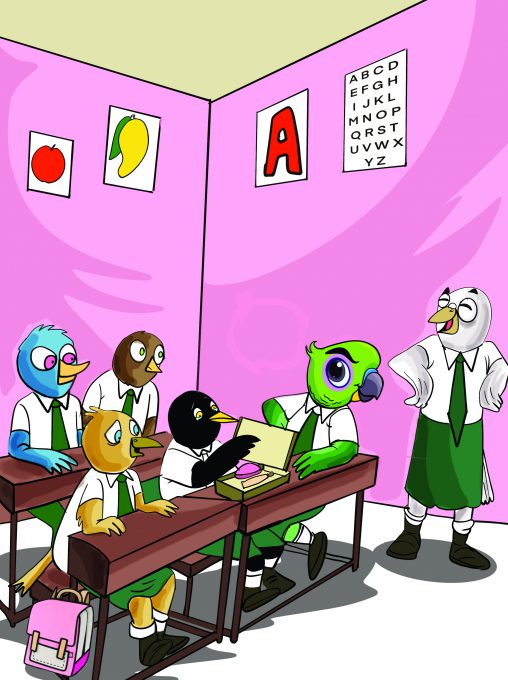 Chandanvan suffered from a drought this year because of which most birds and animals had left their homes and travelled to other forests to build new homes.

Kerry koel also shifted to a nearby forest with her family to build a
new house.

Kerry was a shy bird, but she was also talented. She soon made many friends in her new school.

Peeku pigeon was a proud bird who also went to this school. She always made fun of others.

She saw Kerry was making new friends. This made her jealous and she started looking for an opportunity to demean Kerry.

Peeku started teasing her because of her dark skin and sometimes called her a coward because she was shy. But Kerry never said anything and always laughed it off.

A few weeks later, on her birthday, Kerry brought a lot of chocolates to school and distributed them among her friends.

Peeku too took a piece of chocolate and said, “You should have told me about your birthday. I would have brought you a gift.” Everyone was surprised when she said that.

The next day, Peeku gave Kerry a gift wrapped in bright golden paper and said, “This is for you. You can open it in now.”

All the friends gathered and Kerry eagerly opened the gift in front of them. There was a small soap bar and a fairness cream bottle in it.

Kerry’s eyes welled up with embarrassment and hurt. Peeku was unaffected by Kerry’s reaction, instead, she laughed heartily.

Kerry’s friends were mad too and told her to give a befitting reply to Peeku, but Kerry did not want to fight. She said, “Mummy has taught me that sometimes silence can solve hundreds of our problems. If I say something now, then the quarrel will become fiercer. Therefore it is better that I keep quiet.”

Over time, Peeku became lonely, but this did not change the way she was.

Soon, the Annual Day celebrations arrived. A music competition was organised by teachers this year.

Seeing Kerry getting her name registered for the competition, Peeku also decided to register for it.

On the day of the competition, as soon as Peeku’s name was called out, she proudly went on the stage and started screaming in a harsh tone. 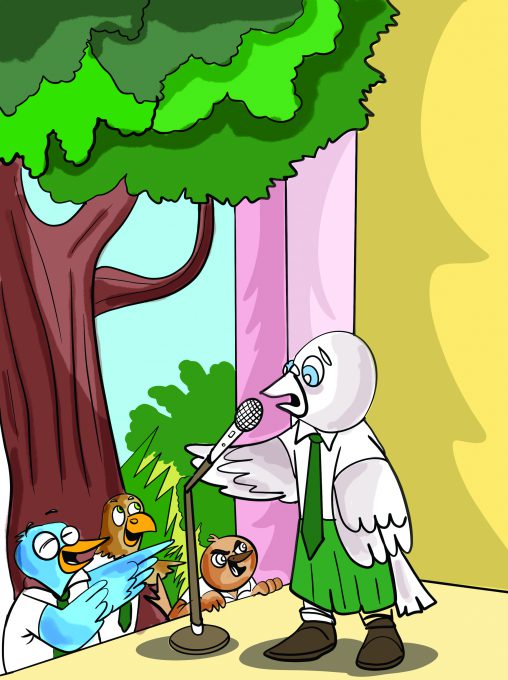 All the children started laughing hysterically. They shouted, “Down
with Peeku. Down with Peeku.”

She somehow completed her song and left the stage.

It was Kerry’s turn and she performed beautifully. The whole auditorium applauded her performance and also demanded that Kerry sing again. Everybody enjoyed her melodious singing.

Peeku was sad, but since she also enjoyed Kerry’s victory, she congratulated her. Kerry smiled and thanked her. Peeku knew that she was wrong. She knew that outward appearance and beauty is not everything. Kerry had a good heart and was nice to Peeku even though she was mean to her. 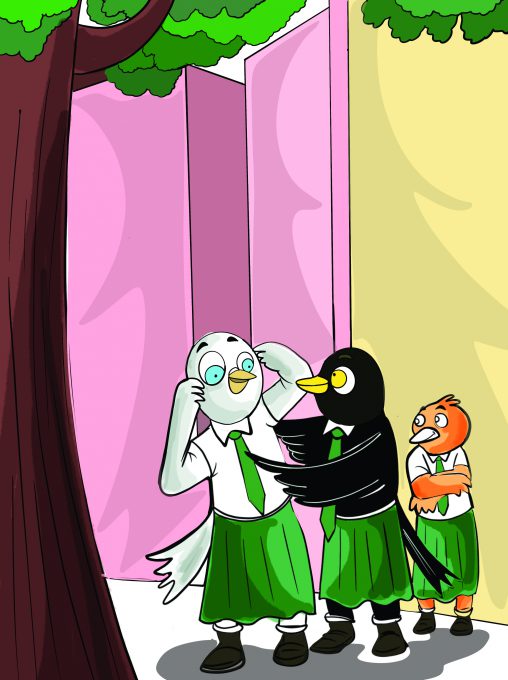 Peeku apologised to Kerry who forgave her easily. From that day, Peeku and Kerry became good friends.