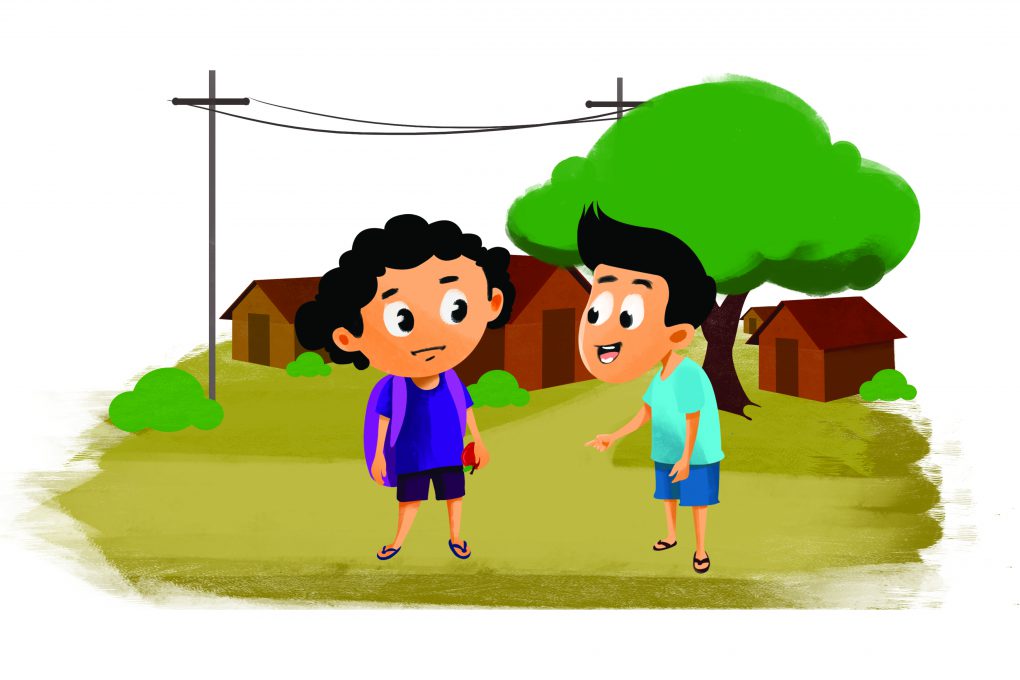 Kittu was walking down the road, holding an apple in one hand and a sack in the other. He met Venkat on the way.

“What’s with the apple and the sack?” asked Venkat, curiously. “That apple looks delicious! I love apples.”

Kittu shook his head. “Oh no, the apple is for someone else.”

“If you must know, it’s for Mrs. Natrajan who lives at the end of the road.” 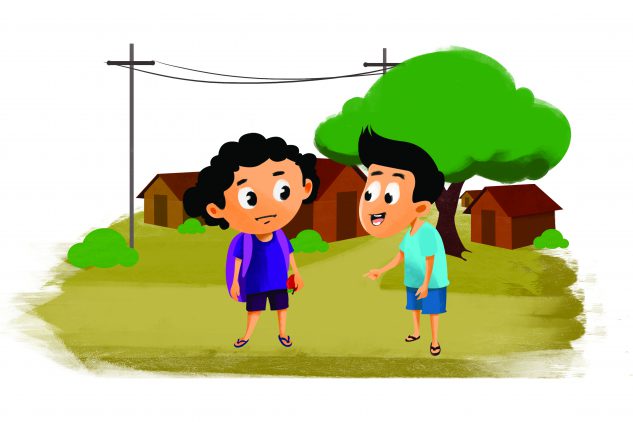 “You never give things without a reason.

Why are you giving her an apple? Asked Venkat, narrowing his eyes.

“What do you mean? I have no motive!” said Kittu, opening his eyes wider.

“Don’t pretend with me. I know you better!” Kittu sighed. Mrs. Natrajan has a mango tree in her garden. And those are the best mangoes I have tasted! She loves apples and I love mangoes. So I thought I will give her this apple and hopefully she will let me take some mangoes. That’s why I am carrying the sack!”

“I knew you would not do something without a reason. Anyway, you can’t carry such a heavy sack. I’ll come and help you!”

“And I am sure you want some of the mangoes for your help,” replied Kittu, as he knew Venkat would not help just like that.

Venkat grinned and said, “Well, if you are that kind, considerate and generous, who am I to refuse?” Kittu threw a nasty look at him but realised that he wouldn’t be able to carry the heavy sack by himself, so he agreed to take Venkat along.

Both set out to Mrs. Natrajan house.

As they neared the house, they found her standing outside, yelling at the top of her voice at some kids who were trying to steal mangoes from her tree. She was shaking her hands furiously at them. 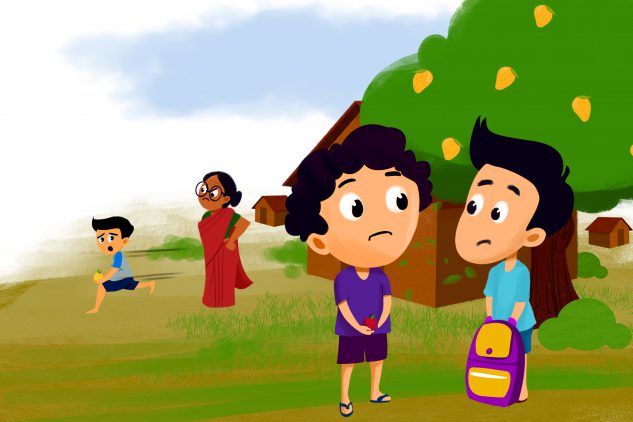 The kids ran away while she was shouting and muttering under her breath at the same time.

Kittu and Venkat stood frozen and looked at each other nervously.

Both were scared now.

Kittu gulped and said softly, “I thought we were the first ones to try and get her mangoes.”

Venkat nudged and whispered, “Let’s drop this idea and leave before she scolds us too.”

Kittu hesitated. He was scared, but the thought of those delicious mangoes wanted him to try. Also, he had an apple.

Surely that would make Mrs. Natrajan kind towards him.

Venkat hesitated and thought, “What if Kittu is right and he is rewarded with a lot of mangoes? If I don’t help Kittu carry the sack, then Kittu will not even share one mango.” So Venkat agreed to go with Kittu.

Both of them walked up to Mrs. Natrajan and stood before her.

She turned towards them and looked at them.

She had a scowl on her face and when she spoke, they felt she was barking, “What do you want? Mangoes, I bet?”

Both of them got more nervous.

Kittu put on a fake smile and extended the apple towards her.

Mrs. Natrajan looked suspiciously at it and asked, “For me? Why would you bring me an apple for no reason? Is it some sort of a joke?

If yes, then you will be sorry. I mean it. Now run off, you two,” she yelled.

Kittu said smoothly, “No, ma’am, this is a gift for you. It is not a joke. Sweet apple for a sweet lady.”

Venkat looked at him in wonder. He had never heard Kittu speak so sweetly before.

Mrs. Natrajan frowned. Then she looked at the apple and her frown cleared. She almost smiled, and said, “That is very nice of you, boy.”

She took the apple from Kittu and looked it over.

She loved apples so she didn’t waste any time biting into it.

The next moment, she spat it out. 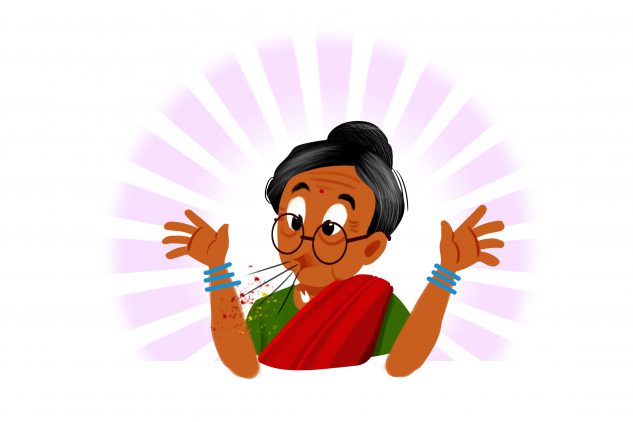 “Blech! Rotten apple! How dare you give this to me?” she yelled.

She threw the apple down and ran towards them.

Kittu and Venkat ran with their empty sack and with Mrs. Natrajan chasing them.

Breathless, Venkat said while on the run, “You and your dumb ideas!” 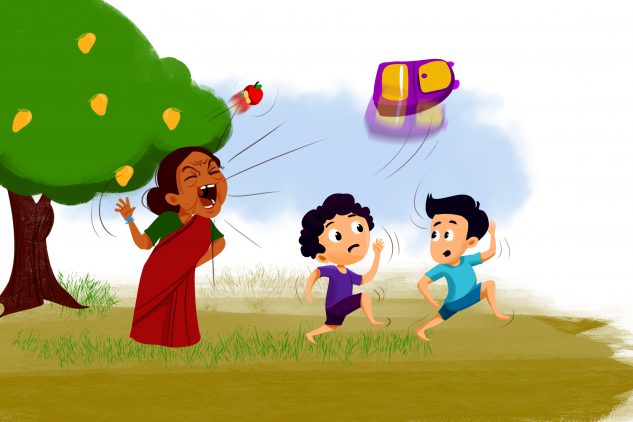 Kittu replied, “How was I to know that the apple was rotten? I found it in our backyard a few days ago. Now, I think my mother must have thrown it out.”

Shocked, Venkat glared at Kittu. “Now you tell me!”And they both ran to save themselves.