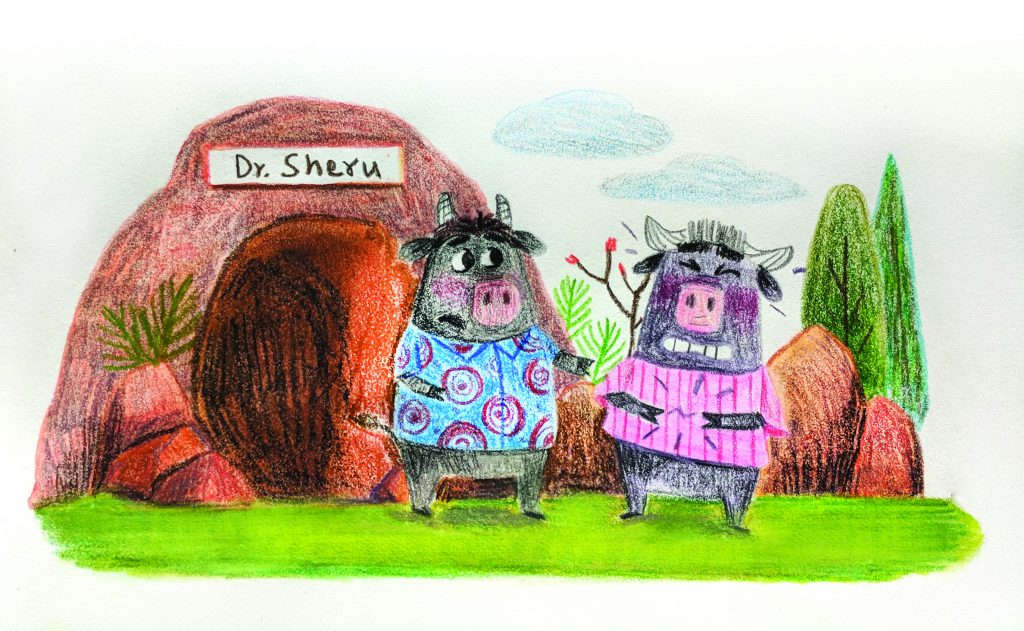 Jumbo elephant worked hard to collect money from all the animals of the forest to buy a garbage-collecting van. He did not want anyone to dump waste in front of their homes. In spite of his repeated requests, Bholu bear would fill the garbage in plastic bags and dump it in the middle of the road.

While passing by, the two bulls Cleo and Gabby would stop seeing the garbage and start eating out of it. Other pedestrians felt it difficult to walk on that road because of the stench coming out of the dumped garbage. Jumbo could not bear this. He called Bholu and said, “Bholu, please don’t dump your plastic garbage bag in the middle of the road. You are not helping our CLEAN OUR FOREST MOVEMENT.” 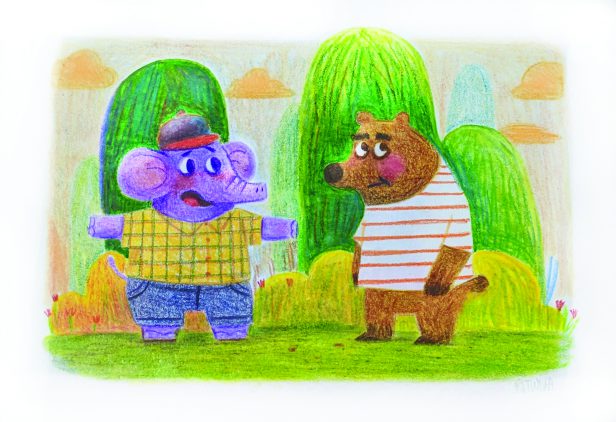 “Then I will just litter the garbage on the road instead of dumping it in the plastic bag.” Bholu replied back harshly.

“Don’t do that Bholu! Please dump your waste into the garbage van when it stops by your house.”

Bholu was listening to whatever Jumbo was saying but he was turning a deaf ear. Next day again Bholu threw about fifteen to twenty banana peels on the road. A little later, Laptoo fox was passing that way and stepped on one of the peels, slipped and got hurt badly. He shouted in pain, “Who threw these peels here? I am not going to spare him.”

No one answered him! Bholu was watching everything from behind the tree and laughed by himself. Laptoo stood up with a lot of difficulty and limped his way on.

The next day, the local newspaper carried the following notice, “Plastic is highly toxic, equivalent to poison. Buying and selling plastic bags is prohibited. The government will levy fine on all those breaking this rule.”

But colourful plastic bags were still being sold. Jumbo shared with his friend Damroo donkey, “This problem will be solved if the government stops  manufacturing plastic bags.” Damroo said, “Then how will people carry things? To stop manufacture is not a solution, but we all have to find an alternate to plastic. Not all plastic is bad.”

Not only the government, but all the citizens of the jungle did not wish to find a solution to the garbage and plastic problems.

One day, when Cleo and Gabby were walking, Bholu threw a plastic bag full of garbage on the road. Cleo felt happy to see the bag and he gobbled the garbage along with the plastic bag at one go. Gabby just stared at him.

The next day Cleo was writhing in pain. He was suffering from severe stomach pain. He said to Gabby, “I can no longer bear this pain. Let us go to the doctor.’’

Gabby took him to Doctor Sheru lion. Sheru came out of his cave and asked Cleo to lie down and said “Stretch yourself. I will check your tummy.”

Cleo lay down. Sheru took an ultrasound machine and found a plastic bag with garbage inside Cleo’s stomach. He gave Cleo some pills to remove the pain and Cleo felt relieved. 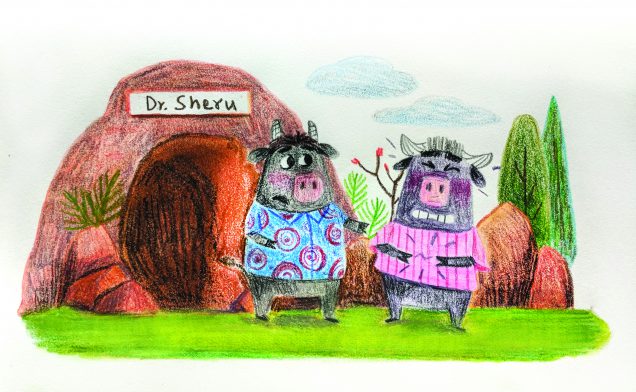 Next day Sheru called for a meeting in Champakvan. He explained the hazards of using the plastic bags to everyone.

“We will not use plastic but we must also stop their manufacturing”, said Gabby.

“You are right. Let me talk to the manufacturers as well.” said Sheru.

Sheru searched every nook and corner of the forest but it was futile. He could not locate the plastic bag manufacturing unit.

Suddenly he heard the screeching sound of a machine coming from a cave, located at the far end of the forest. He went to the cave and peeped inside. Kutkut squirrel was sitting on a machine along with her helpers. Something was being melted in a big bowl kept near the machine. Harman fox filled a mug with that liquid and poured it into one end of the machine and plastic bags were coming out from the other end of the machine. Around a hundred bags were being made in no time.

Sheru then called a meeting between the jungle residents and Kutkut squirrel, who promised to stop making single-use plastic bags that were not easily biodegradable. All the animals along with Kutkut promised to study the alternatives of plastic use and not jump to hasty conclusions. 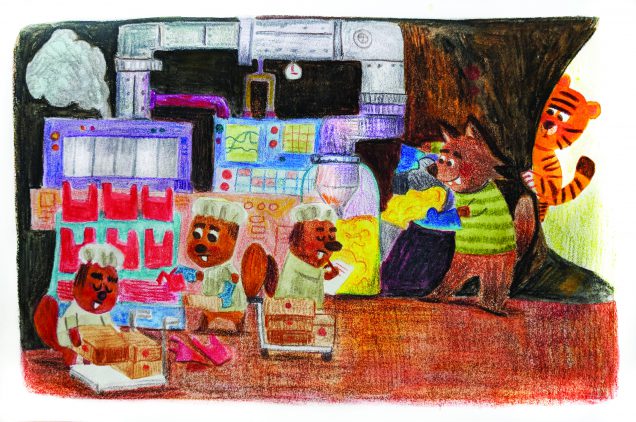