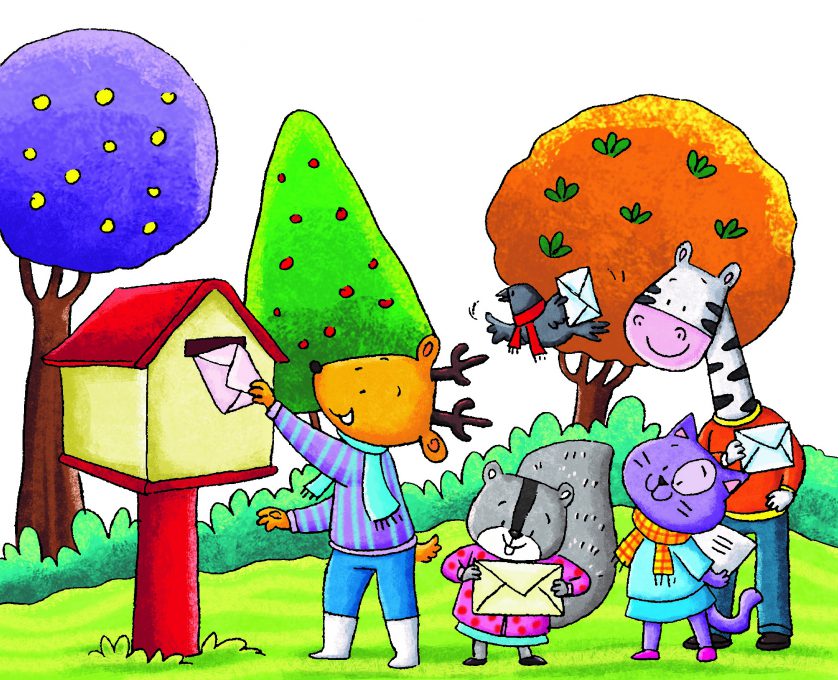 It was the month of December and Christmas celebrations were everywhere in Woodland forest! Christmas held a very special place in everyone’s hearts and King Leo lion wanted to do something new for children, this year. He called his minister, Teddy bear and asked him to place a post-box at Centre Square, the main ground in Woodland and name it: Santa’s Letter Box.

“Announce that the children may drop their letters to Santa in the box, asking for the gift they wish from him on Christmas,” instructed King Leo to minister Teddy.

Minister Teddy liked the idea, but was worried about getting the letters delivered to Santa. “Your Majesty! This is a great idea, but how will we deliver the letters to Santa and how will our children’s wishes be fulfilled?” he asked King Leo.

King Leo smiled. “We will go through all the letters and arrange gifts for the children ourselves,” he said.

“That’s great, Your Majesty! I will ensure that the necessary arrangements are made to make this Christmas memorable for the kids,” he said excitedly.

The next day, Santa’s Letter Box was put up at Centre Square. The children were excited and surprised to see the letterbox! For the next few days, all of them were busy writing letters to Santa, thinking about the gift they wanted from him on Christmas.

Roly deer wanted a dollhouse. Skippy squirrel wished for a flying helicopter. Damru donkey had a guitar in mind while Koyal cuckoo fancied a microphone. Zilu zebra wrote that he wanted a pair of sports shoes. There were many more wishes from all the children and the letters poured into the letterbox.

The letters were collected daily from the box and King Leo read each of them, ensuring the gifts were arranged as per the children’s wishes. Minister Teddy updated the wish list on a daily basis and ordered new items every evening so that all the gifts could be delivered on Christmas Day.

Finally, it was Christmas Eve. The children were eagerly waiting for their gifts that Santa would drop at their homes at midnight. Minister Teddy opened Santa’s letterbox to check if any child had dropped a letter there at the last moment. He found a letter from Gaju elephant, requesting to meet Santa Claus on Christmas Day! Minister Teddy read the letter and kept it in his pocket, with a smile on his face.

The next day, the children woke up early in the morning! Roly was thrilled to see a dollhouse in her room. Skippy found a helicopter beside his bed. Damru found a guitar on the table in his room and Zilu got his sports shoes! The children were thrilled to receive the gifts they had asked for! 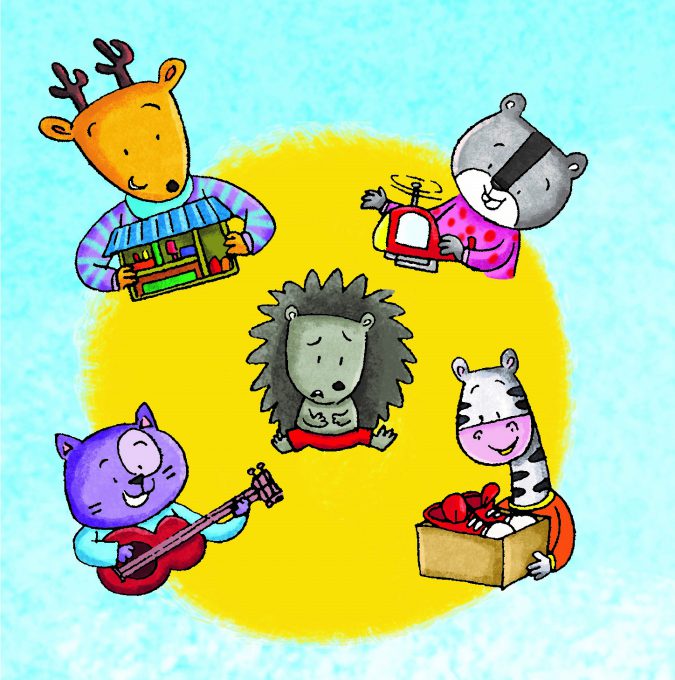 In the evening, a grand Christmas party was hosted by King Leo for the children. The kids were all discussing their gifts with each other at the party, but Gaju elephant sat silently in one corner.

King Leo noticed him. “Gaju, why are you sitting here alone? Did you not receive your gift?” he went and asked.

“No, King Leo! Santa did not fulfil my wish,” said a disappointed Gaju.

King Leo became very upset! He had instructed minister Teddy to ensure that every kid’s wish was fulfilled and if minister Teddy found a wish that was difficult to be fulfilled, he had been instructed to inform King Leo about it.

While King Leo was looking for minister Teddy, he heard the children cheering and clapping loudly. Santa Claus had arrived at the party! “Santa! Santa!” the kids called out.

Hearing this, Gaju jumped and turned around, and was thrilled to see Santa standing in front of him, surrounded by the children. Gaju went and hugged Santa and thanked him for coming to meet him. Santa gave him a gift too! Gaju was happy now and he joined the other children. All the kids danced to the tunes of Christmas carols along with Santa.

King Leo was surprised to see Santa at the party, but he was happy to see Gaju having fun now. He went to look for Teddy, who could not be found anywhere.

“Ho ho ho! Merry Christmas!” the king suddenly heard someone wish him from behind. It was Santa with his big round belly, wishing him in a deep, thick voice!

“Merry Christmas!” King Leo wished him too, but when he shook hands with Santa, he realised it was his minister, Teddy! 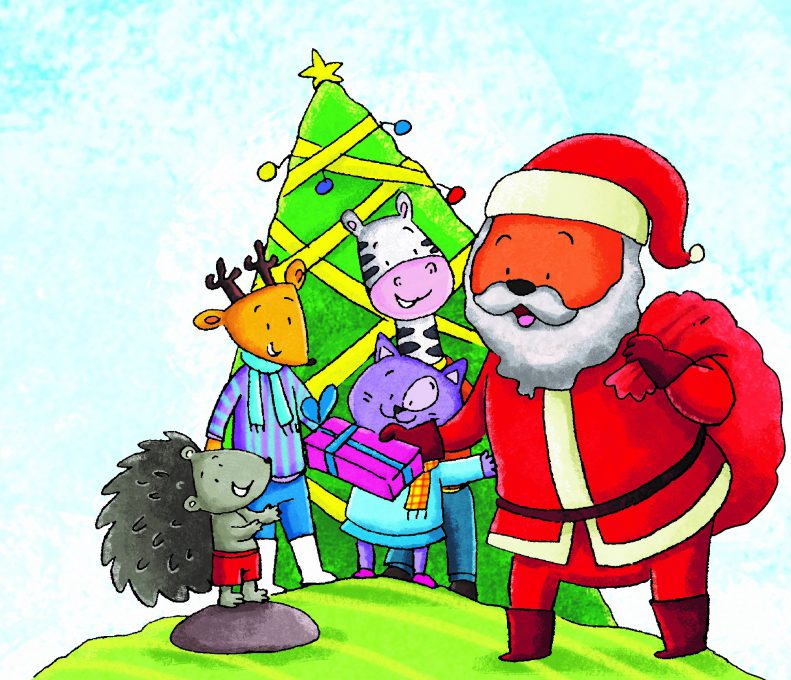 Minister Teddy apologised to King Leo for not informing him about his plan and told him about Gaju’s letter that he had found in the box at the last minute.

“I decided to disguise myself as Santa and come to the party to fulfil Gaju’s wish,” explained minister Teddy.

King Leo felt that Teddy was a true minister. He appreciated him for making all the arrangements for Christmas and making the event memorable for all the kids of Woodland!