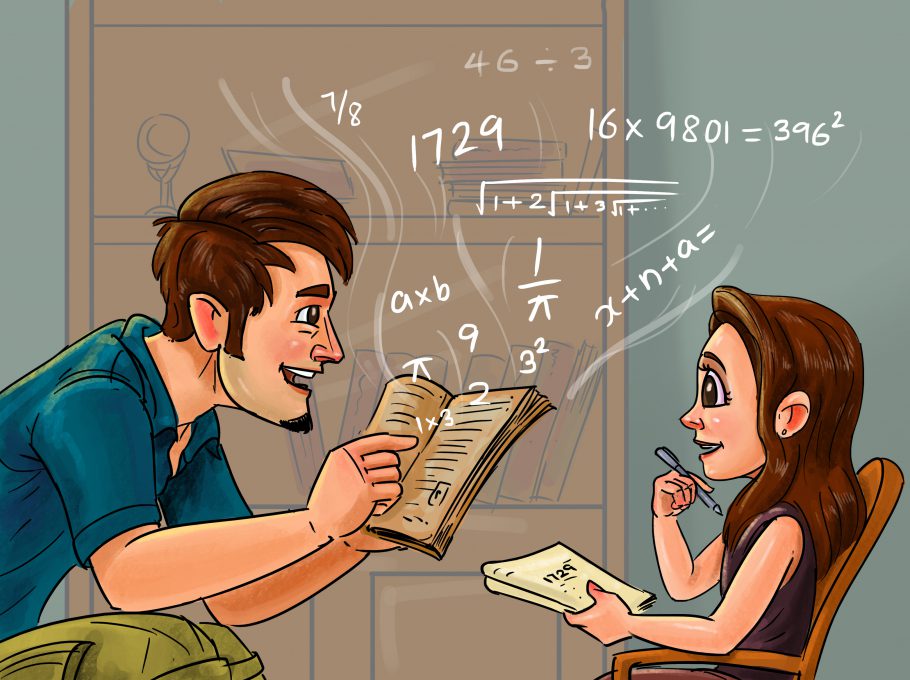 Dhruvi had returned from school and was sitting in the garden lost in her thoughts. A while later, her older brother Dhruv came there and was surprised to see her sitting alone.

“What are you thinking about, Dhruvi?” he asked.

“To celebrate National Mathematics Day on December 22, we have been asked to work on a project on Srinivasa Ramanujan. I’m trying to think about what I should write. Bhaiya, since you are doing your PhD in Mathematics, can you help me?” she asked. 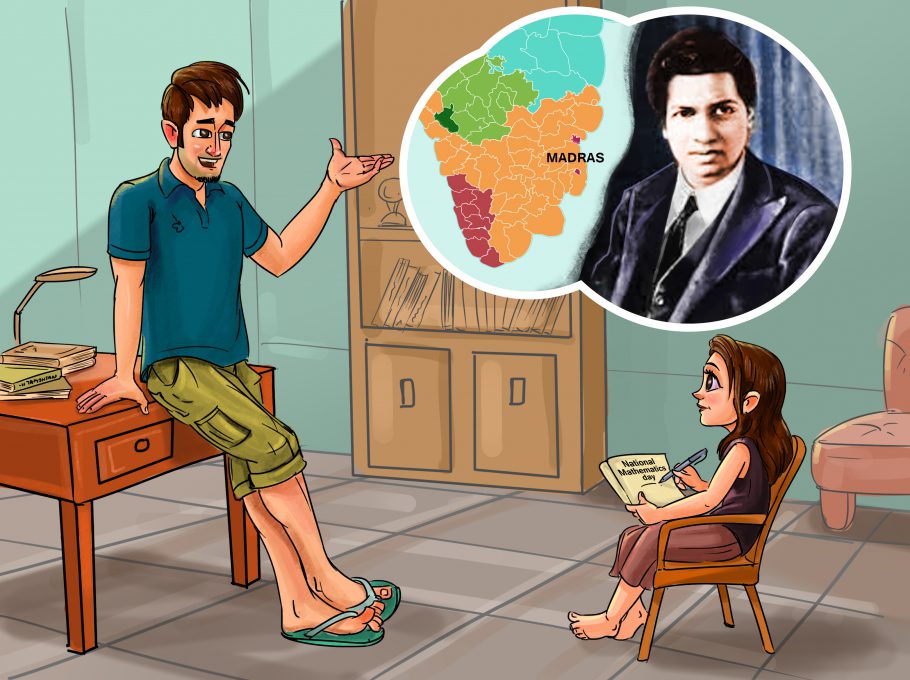 “Of course! Don’t worry. I am free tomorrow, it being a Sunday. Keep your questions ready,” said Dhruv.

The next day, Dhruvi took a book and pen, and went into her brother’s room.
“Come in, Dhruvi! Let’s begin.”

“Firstly, tell me some general facts about Shrinivas Ramanujan, his birthplace, his interests, etc.,” requested Dhruvi.

“Srinivasa Ramanujan is one of the greatest mathematicians of India. He was born on December 22, 1887, in Erode in Tamil Nadu. His birthday is celebrated all over India as National Mathematics Day as that was his favourite subject.”

“Noted,” said Dhruvi as she neatly wrote down these details in her notebook. “Now, please tell me about his education.”

Dhruv said, “At the age of 5, he was admitted in a primary school at Kumbakonam in Tamil Nadu. But he never liked other subjects and spent most of his time studying Mathematics. At the age of 10, he secured the highest marks in the entire district and was sent to Town Higher Secondary School. He even received a scholarship to study at Government Arts College, Kumbakonam.”

“Funnily his love for Mathematics was also the biggest obstacle in his education. He loved Math so much that he neglected all other subjects. Even while attending the classes of other subjects, he would always be solving Math sums. The result was that in his class 11 examinations he failed in every subject except Math and because of this, his scholarship was withheld.”

“This increased the difficulties for his family as they were poor. He lived off the charity of friends, filling notebooks with his mathematical discoveries. He also started taking Math tuitions and doing accounting work for the Madras Port Trust.”

“So even though he was a math genius he failed in other subjects!” exclaimed Dhruvi. “What was his contribution to the world of Maths?”

“At the age of 13, he mastered a book on Advanced Trigonometry written by London University’s Professor S L Loney. By that time, he had already discovered theorems on his own. By the age of 14, he had received many merit certificates and awards.”

“When he was 16, he studied G S Carr’s A Synopsis of Elementary Results in Pure and Applied Mathematics in detail. The book was a collection of 5,000 theorems.

He created formulae on his own and his true achievement was that he did so, without any formal training in Mathematics. He was a self-taught mathematician.”

“Bhaiya, can you tell me anything else about him?” asked Dhruvi.

“In 1913, English mathematician, G H Hardy received a strange letter from
an unknown accountant in Madras, India. The ten-page letter contained about 120 theorems, improper integrals, fractions and so much more.”

“Professor Hardy who could not understand them completely, but discussed it with other mathematicians and colleagues, and concluded that Srinivasa Ramanujan was a person of unique mathematical ability. To understand his work thoroughly, he invited Ramanujan to Cambridge for further research. In March 1914, Ramanujan boarded a steamer for England. In 1918, Srinivasa Ramanujan was elected as a Fellow of the Royal Society, an award given to individuals for their contribution in the field of maths and science.”

“Ramanujan stayed in England for five years and did research. On April 26, 1920, he died at the age of 33 due to ailing health.”

“What! He died at such an early age!” exclaimed Dhruvi.

“Unfortunately, he did. Now, will you be able to compile all this information for your project?” asked Dhruv. 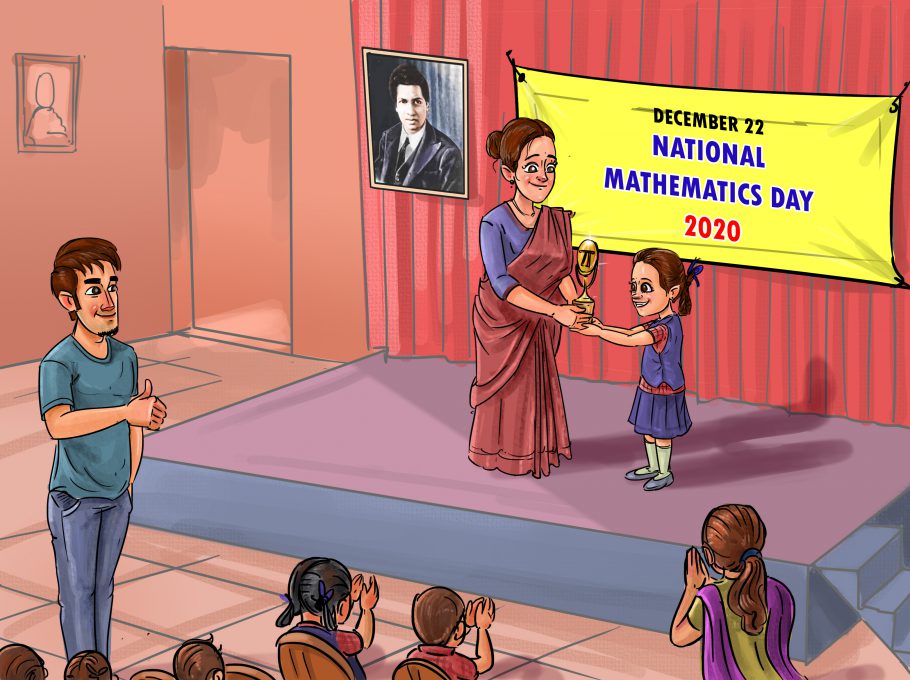 “Yes, I will. Thank you very much,” said Dhruvi and went back to her room.
She submitted her project in school the next day.

On December 22, the result of the competition was announced and Dhruvi won first place.

She also learnt many more things about Srinivasa Ramanujan and then discussed these too with Dhruv Bhaiya.