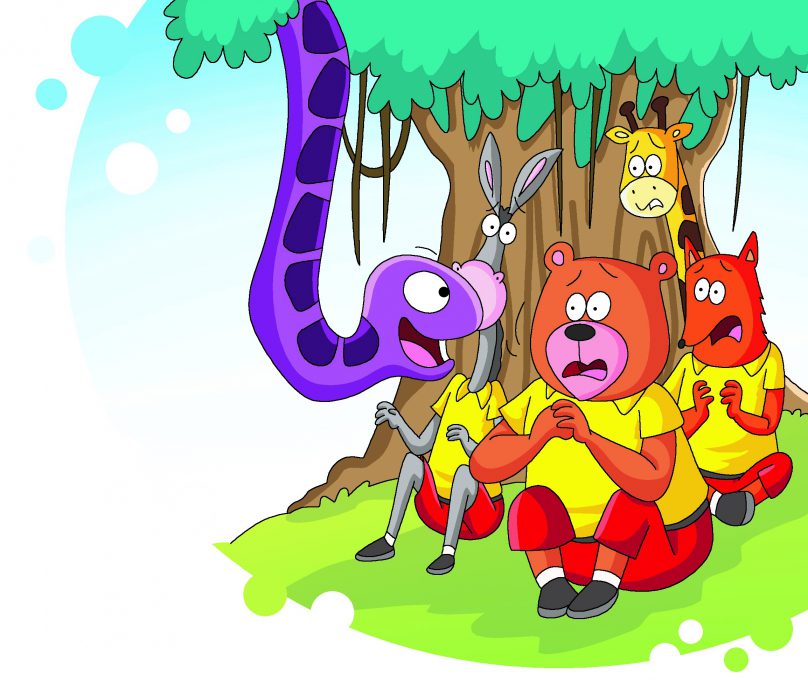 It was lunchtime at Champakvan school. Blacky bear, Dolu donkey, Gillan giraffe and Baddy fox were relaxing under the big banyan tree after their lunch. Blacky, Dolu, Gillan and Baddy were always with each other and never mixed with other students. They never laughed or enjoyed school.

Blacky and Dolu were talking about ghosts and demons. They had recently read a novel written by Dr Fero Python, the famous writer of Champakvan. They had read all his books. 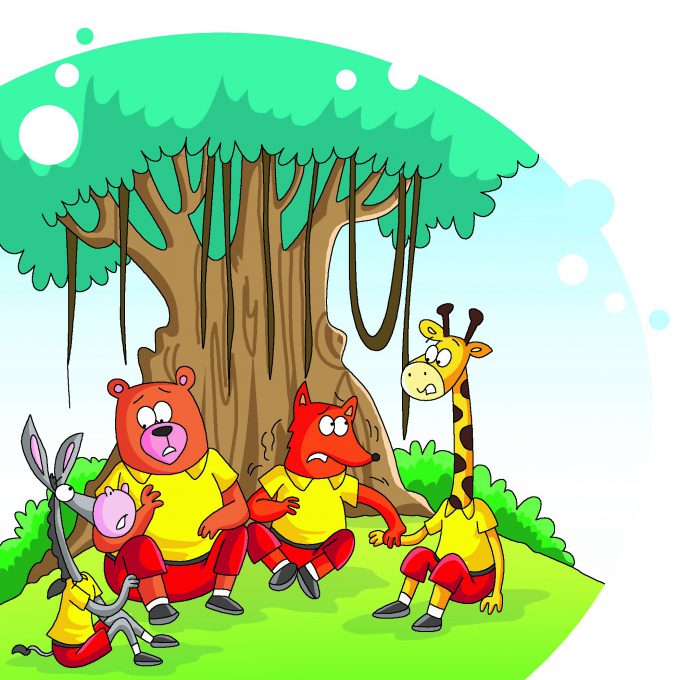 “Yes… yes… Ghosts never attack people who are together. They only attack when one is alone,” added Dolu.

None of them could see anything unusual. Blacky teased Gillan for being scared for no reason. After a while, Baddy howled, “Dracula Python is trying to swallow my head!”

“I also saw the Dracula Python slithering down just now to swallow us. But it has suddenly disappeared!” Dolu donkey brayed loudly.

Blacky, Dolu, Gillan and Baddy tried to run but could not move. Blacky whispered, “This is exactly what Dr Fero wrote about the python ghost who attacks unexpectedly and then disappears.”

The school bell rang and they could see others returning to their respective classes, but none of them could move or even shout. They were frozen in fear.

“Hisssss! I never got a chance to eat someone in daylight! Today, I am lucky to have found four fat fools! I will eat the one who closes his eyes first!” hissed the Dracula Python.

Blacky, Dolu, Gillan and Baddy tried their best to keep their eyes open. Their throats dried up, their bodies became numb, and they began sweating a lot.

They could hear the branches of the big banyan tree shake. “The python ghost is coming…” whispered Blacky. All of them kept their eyes wide open even though they were afraid of seeing the ghost.

The Dracula Python appeared in front of them. It was hanging from the banyan tree, staring at them. All of them were trembling. Somehow, Blacky gained a little courage and begged, “We are little children! Please don’t eat us!”

“We can take you to our principal’s office! He is a big lion! You can eat him if you want!” suggested Gillan.

Dolu cried, “We will never read Dr Fero’s novels! We won’t talk about ghosts at all! Please leave us alone.”

Baddy was determined to keep his eyes wide open to escape from the python ghost for as long as possible. The Dracula Python looked at him and hissed, “You seem to be really brave. I would like to hug you.” The python ghost moved towards Baddy.

“I am not brave! Please don’t hug me!” Baddy screamed.

The Dracula Python twisted his body in scary movements, hissed loudly and opened his mouth wide.

The frightened children closed their eyes in fear. A few minutes later, they heard, “Sing Twinkle Twinkle Little Star… How I Wonder What You Are…”

All of them sang in full volume, “Twinkle Twinkle Little Star… How I Wonder What You Are…”

Blacky and Dolu repeated the rhyme because they knew that Dr Fero said in his book that chanting rhymes help children to escape from ghosts.

A few minutes passed. Nothing happened to them. Absolute silence surrounded them. Wondering what was going on, they stopped singing and opened their eyes.

The Dracula Python had disappeared! But they saw their teachers and other children standing in front of them like statues.

“Dr Fero is right! Sometimes Dracula Python doesn’t kill at once but waits for others who come to the rescue of his victims. Our friends and teachers must have come to help us and they are under the spell of the Dracula Python,” said Blacky.
“Let us chant Twinkle Twinkle Little Star… How I Wonder What You Are… once again just to be sure,” said Blacky

“Yes,” Dolu said. “Perhaps our friends and teachers will be released from his spell.”

They saw the teachers and students move. “Wow! We have saved our school!” clapped Baddy. Gillan danced. Blacky and Dolu felt proud of themselves at their ghost wisdom. 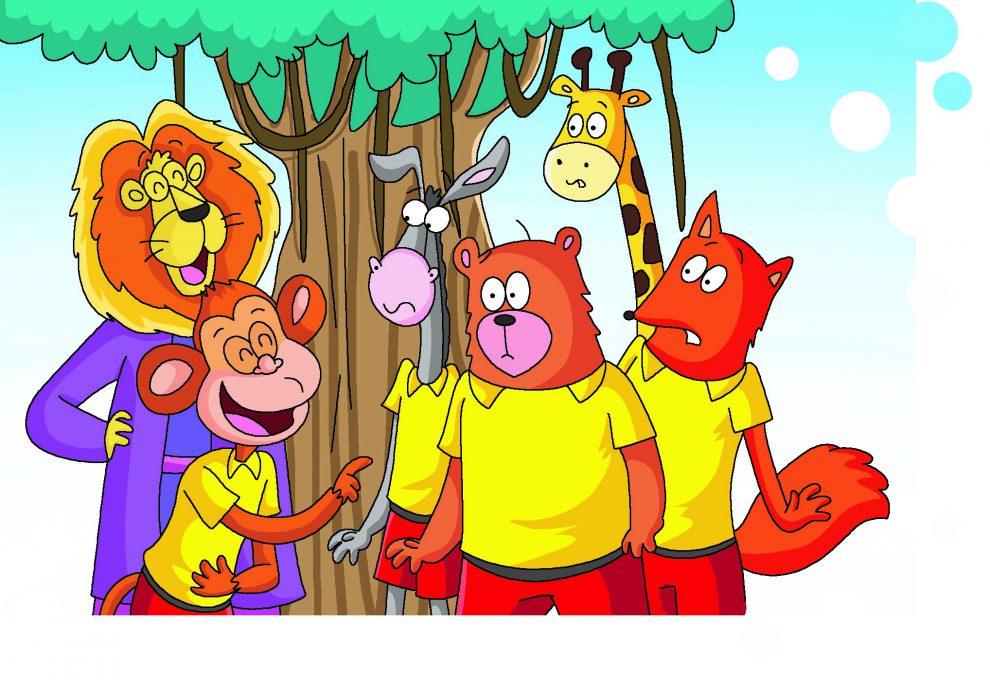 Suddenly, everyone started laughing. Some whistled, some howled. The teachers controlled themselves, trying not to laugh loudly.

Everyone liked Jumpy monkey, who loved laughing and making others laugh.

“Sorry brothers!” Jumpy said to Blacky, Dolu, Gillan and Baddy. “I just wanted to have some fun at your ghost stories! I knew you were crazy about Dr Fero’s novels and the four of you always remained in a ghost world. You never enjoyed playing with others.”

“So?” asked Blacky. Dolu was so annoyed that he wanted to beat Jumpy. Gillan and Baddy caught hold of Jumpy and asked, “What is your problem? Why do you care if we laugh or cry!”

Seeing this, Principal Shersingh interrupted and said, “Gillan, were you sending Dracula Python to my office to eat me!”

Gillan became red-faced and mumbled. “Dracula Python is a traitor! He told everything to our principal.”

Jumpy whistled and Pillu python, their classmate, arrived. Jumpy began singing, “Twinkle Twinkle Little Star… How I Wonder What You Are…”

Hearing Jumpy, Pillu python slid away and hid behind the big banyan tree. Once again, everyone laughed and whistled. 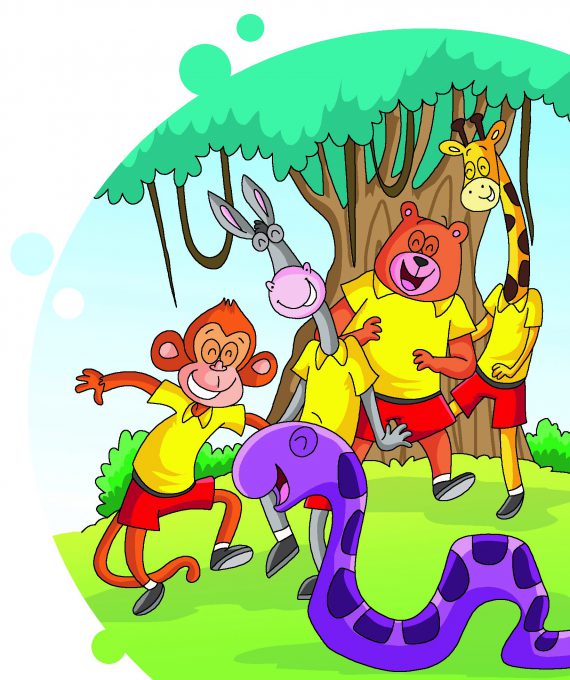 Blacky, Dolu, Gillan and Baddy now realised that they had been fooled by Jumpy. They were embarrassed because they had not recognised their classmate Pillu python who pretended to be Dracula Python. They now understood that it was Jumpy’s way to show them some reality and understand the value of laughing
at themselves.

When Pillu python came dancing and hissing, everyone chanted, “Twinkle Twinkle Little Star… How I Wonder What You Are…”

Even Blacky, Dolu, Gillan and Baddy could not control their laughter. They too whistled in joy and danced with Jumpy, Pillu and others.

“Lord Byron said we must laugh when we can. We are sometimes forced to face hardships and challenges, but they don’t last long. Blacky, Dolu, Gillan and Baddy never participated with others. That’s why I told our naughty Jumpy to trick them!” said Principal Shersingh.

Blacky, Dolu, Gillan and Baddy caught Pillu python and put him on their shoulders. The children laughed as they all sang, “Twinkle Twinkle Little Star… How I Wonder What You Are…” 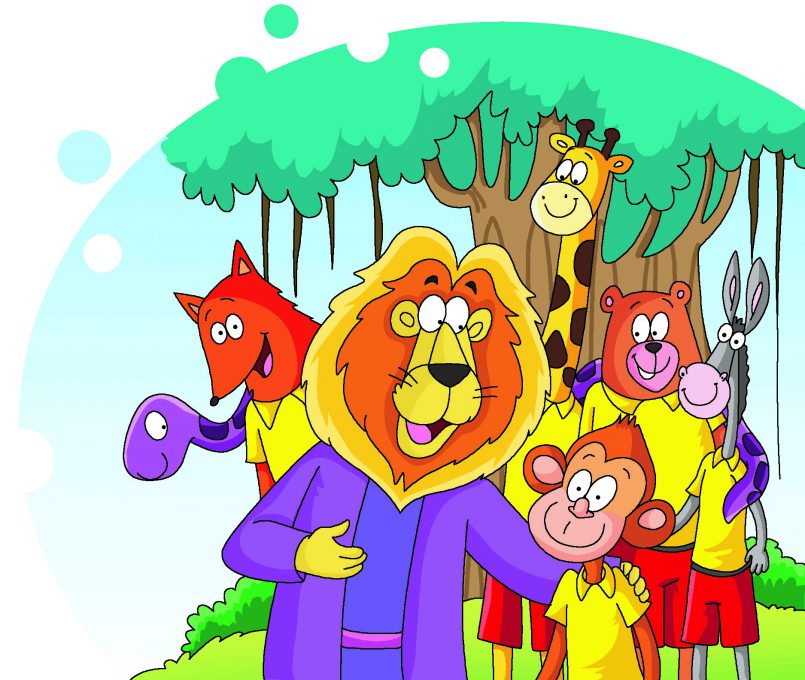