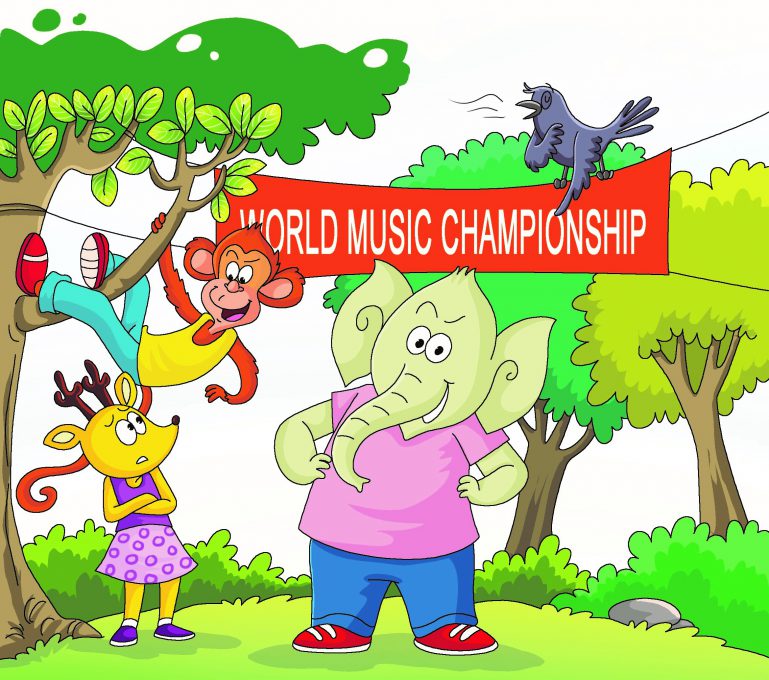 Ever since the residents of Champakvan heard about the World Music Championship, they couldn’t stop talking about it. A large banner had been put up in the forest, which said that participants would have to form a band if they wished to participate in the championship.

“The monkeys are surely going to win this championship!” said Jumpy Monkey, jumping with joy.

“No, the deers are winning it!” said Sona Deer, making a face at him.

“The elephants are going to sweep the trophy and the rewards!” said Jumbo Elephant, thumping his leg.

“We birds aren’t any lesser! Everyone knows I have the sweetest voice in the whole forest!” said Pinky Cuckoo, refusing to be left behind.

They all began arguing about who would win and who sang the best and were shouting so much that Professor Blacky bear had to come out and quiet them.

Everyone started preparing for the music championship seriously. They formed bands with their friends and relatives and began practising. But not a single band was melodious!

The deer band didn’t have anyone who could play the drums, the monkey band had nobody to play the piano, and the elephants could play nothing but trumpets! As for the tortoise band, it played such slow music, the listeners fell asleep before the first paragraph was half done. The foxes didn’t have a guitar player, and the snakes and squirrels couldn’t decide which instrument to play. Though the cuckoo could sing melodiously, her band could not play any instrument. Not a single band was complete!

In despair, they went to Professor Blacky for help. “I’d like to hear you all play,” said Blacky, after listening to the problem. “Each band come up here and play
for me!”

The animals were again excited and began playing different tunes together. “Cacophony!” exclaimed the poor Blacky covering his ears. “Stop! All of you, stop!” 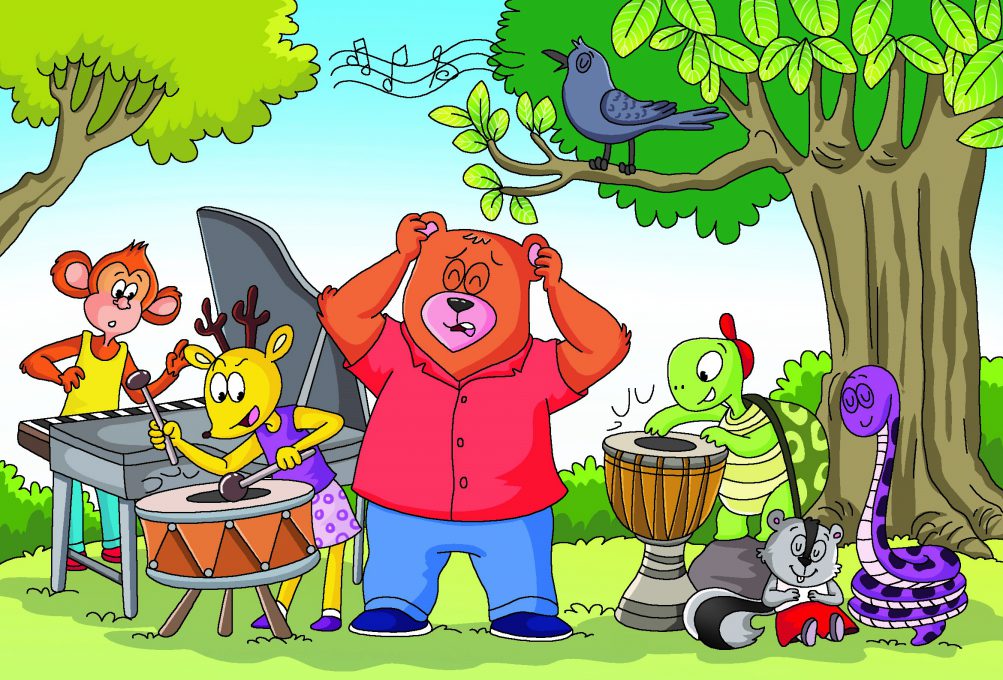 Everyone stopped and looked at the professor. “You call this music? You’ll only get rotten tomatoes and eggs for playing like this,” said Blacky.

“What can we do, professor?”

“I want each of you to come up and play or sing something for me,” said Blacky thinking about what to do.

He listened to them all carefully, and when the last one had finished, Blacky had a huge smile on his face.

“My friends, I have a solution,” he said. “You have all been trying to do things you aren’t good at. A monkey can play the drums but not the guitar. A cuckoo can sing but cannot play the trumpet. Instead of creating many bands and making a ruckus, we should create one band and make music!”

No one understand what Blacky was saying. Each one plays the instruments they are good at. Instead of forming different teams, let’s create a band together and you may just win this championship.

Now they realised their mistake. “Would you help us by guiding what we should play,” requested Jumbo. And so, listening to all of them again, Blacky created a band and named it The Jungle Band. He made them practice regularly, and soon it was time to leave for the world music championship.

On that day Champakvan, along with King Shersingh, gathered around a huge screen to watch the live telecast of the championship. The other forests too had sent some marvellous bands! Some played marching tunes, some played dance music, and some played soulful songs. And then, it was ‘The Jungle Band’s’ turn.

Jumpy played the drums like an expert, while Sona played the guitar skillfully. Twinkle Squirrel played the piano with flair, and Bobo Tortoise mesmerised everyone with his violin. Rinku played the mouth organ and Jumbo a marvellous trumpet solo. Pinky sang in her sweet voice and waved her wings along. The entire performance had the audience on its feet, cheering and screaming for more! 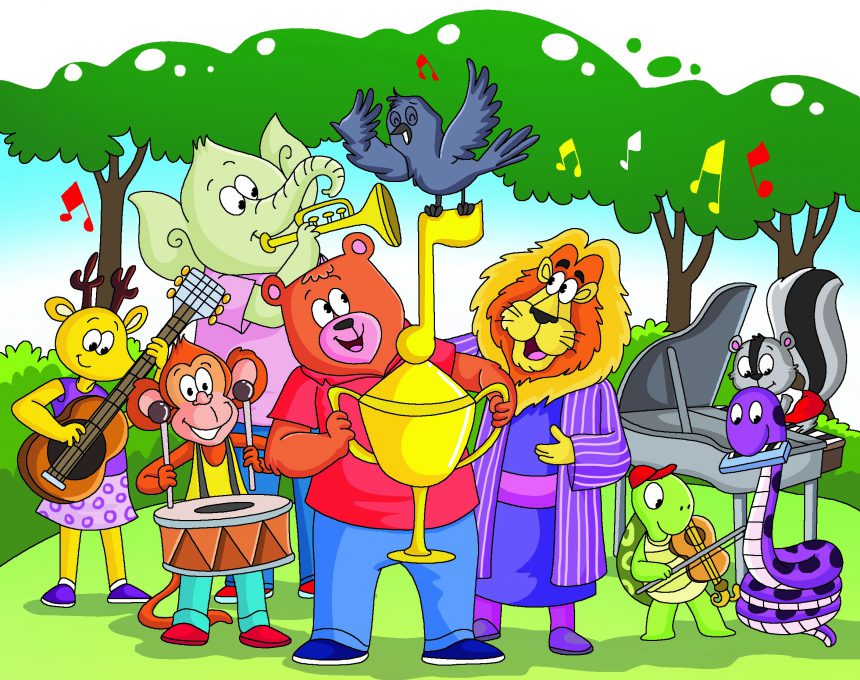 The judges announced the winner and it was The Jungle Band of Champakvan. Shersingh announced that the band would be rewarded, and the animals cheered loudly again.

Sona Deer held the trophy they had won, and Jumbo said. “This trophy that we received really belongs to Professor Blacky. He pointed out where we were going wrong, and he set up ‘The Jungle Band.’ Professor, please accept the trophy many behold,” he said, as Sona handed it over to the beaming professor.

The forest sky lit up with fireworks and the air was filled with cheering, as Champakvan celebrated the first music championship.

2 thoughts on “The Jungle Band”

So nice and inspiring