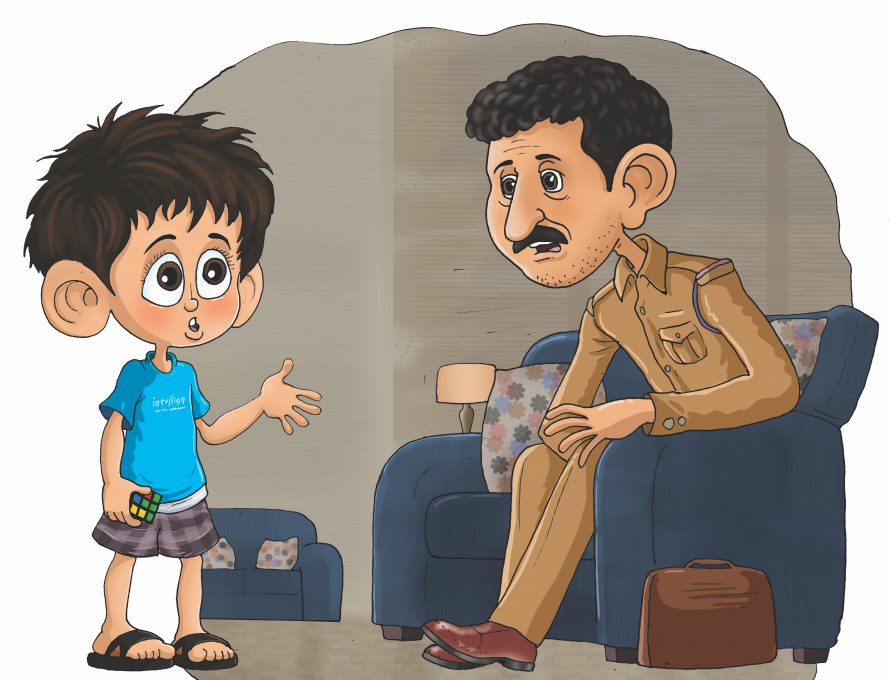 Tinku was a clever boy and would think of a new game every day and use his knowledge to lord over his friends who lived in his society.

Tinku’s father was a police officer at the international airport.

One day when Tinku’s father returned home, he looked sad and upset. Tinku looked at him and understood that something wasn’t right. He went close to his father and asked, “Dad, what’s the matter? You look very stressed today.” 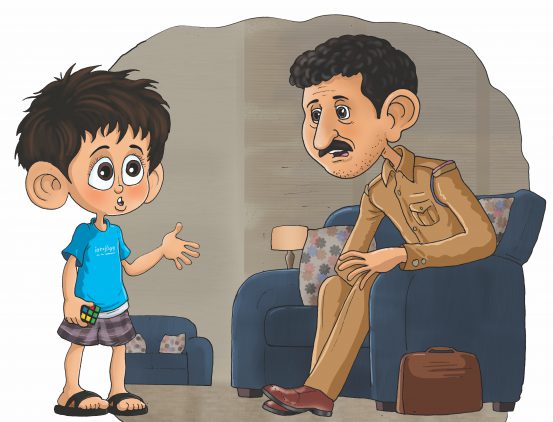 “Yes, son. I am, in fact, very worried today. For the first time in 15 years, I met a man who did not speak a single word even though he was being questioned by us for more than 10 hours.”

Listening to his father, Tinku said, “Who are you talking about, dad? Who is not saying what?”

“Tinku, today we received news that a man would get diamonds into India from an international flight. When we caught him at the airport, we searched him thoroughly, but we couldn’t find a single diamond. Even after we questioned him, he didn’t say anything.”

“Then the news that you received may have been false,” said Tinku.

“Did you comb through his beard to check for the diamonds?” Tinku laughed and said.

“What do you mean Tinku?” his father asked, sitting up. 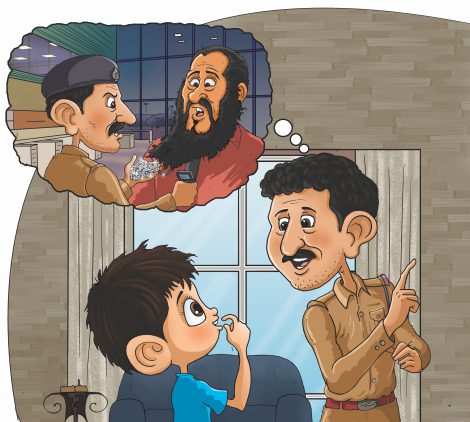 Tinku said, “Dad, you must have heard the Hindi phrase that goes, ‘a blade of grass in the thief’s beard’. So I asked if you combed through his beard to search for the diamonds.”

Tinku hadn’t even completed his sentence when his father got up suddenly and left on his motorcycle.

When his father returned two hours later, he looked happy.

“Dad, you look very happy. Did your problem get solved?” asked Tinku.

“Yes, son! Today, thanks to you, we were able to catch the thief red-handed,” replied his father.

“So you found the diamonds? Please tell me where they were,” said Tinku.

“They were exactly where you said they would be–in his beard! That smuggler tied together the diamonds with a black thread and made a chain of it. He then tied it to the back of his long beard.”

Tinku jumped up excitedly and said, “Then I should get a prize dad. I helped catch a thief.”

“Yes, sure I’ll give you a prize.” Dad picked Tinku up, placed him on his lap and kissed his head.

One thought on “Tinku Saves The Day”