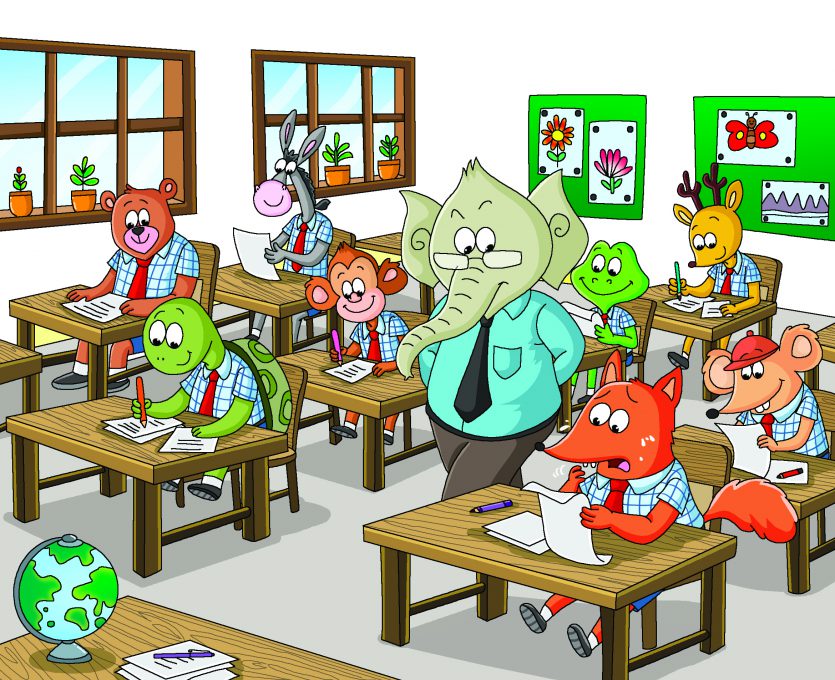 Champakvan Public School was one of the prestigious schools of Champakvan. All the parents wanted their children to study there as it had many good teachers and facilities. Toto turtle too was a student of the school. Though he moved slowly, his brain was fast and he was a sharp and bright student. He usually stood first in his class.

Baddy fox studied in the same class as Toto. Baddy never paid attention to his studies. He would ask others for answers during exams. He spent a lot of his time and energy learning new ways to cheat. He had been punished a number of times for cheating in his exams but he did not mend his ways.

A few days before their half-yearly exams, their teacher Jumbo elephant explained, “The question paper in your half-yearly exams shall carry all objective type questions so you must all prepare accordingly. Each question shall have four answers and you have to choose the correct answer. And remember do not even think about cheating. If anyone is caught cheating he or she will be thrown out of the school,” warned Jumbo.

The children were happy with the multiple-choice paper, as then they wouldn’t have to write long answers.

All were well prepared for their exams except for Baddy fox. He was nervous as he had not studied for the exams and became worried as the days passed.

Soon, it was the day of the first exam. 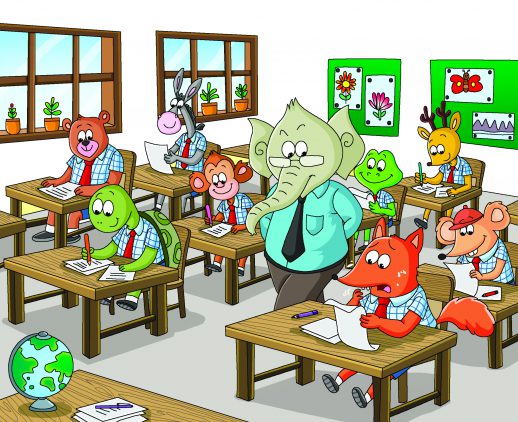 Baddy started sweating as soon as he saw the question paper. He did not know what to do. The question paper had four answers to each question and the students were supposed to write the correct answer in their answer sheet.

Baddy didn’t know the answers to any of the questions. He started guessing the answers and writing them in his answer sheets. He did the same for each question.

While the other students were writing their answers after carefully thinking about each question, Baddy chose the only way he knew and guessed all the answers.

Some of the students skipped the questions they found difficult and went back to solving them after writing the answers they knew.

After the exams, all the students were excited to know their marks.

On the day of the result, the students started guessing who would score how much, all in fun.

The results were announced and Toto stood first in his class. All the children clapped and congratulated him.

Baddy had cleared the exams with good marks. Guessing worked for him. Baddy jumped as he soon as heard he had score 75%. He had scored good marks for the first time and felt very proud of himself.

After school, Baddy teased his friends and said, “You all worked so hard and I cleared the exam without studying. You all should learn something from me.” 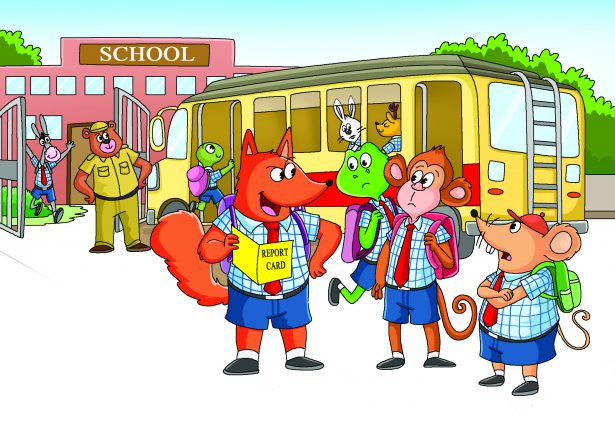 His constant boasting annoyed others but they kept quiet. Baddy now stopped studying completely. He started wasting his time even more. The half-yearly results had made him arrogant.

Time slipped and soon it was time for the yearly exams. Baddy had wasted all his time in teasing the others and was now stressed as he had not studied at all.

This paper was very different than the multiple-choice paper. It had questions in which one had to write short and long answers. As soon as Baddy saw the question paper, his mouth dried. He could guess no more. He sat through his exams without writing anything as guessing was of no use this time.

A few days later, the results were announced and the students saw their marks on the notice board. Baddy had failed in his exams. Now, the others made fun of him.

But when Toto saw him crying, he went up to Baddy and soothed him. “Baddy, guessing does not work all the time. There are no shortcuts to success. We can achieve success only if we work hard. Guessing helped you once but it does not work every time. If you study every day, you won’t have to depend on guessing and you will not fail.”

Baddy understood what Toto was saying. “You are right, Toto. From today, I will also work hard and pay attention to my studies. I promise not to take the shortcut.”

Baddy and Toto became friends and Toto started helping Baddy every day with his studies. Baddy was no longer nervous about exams.