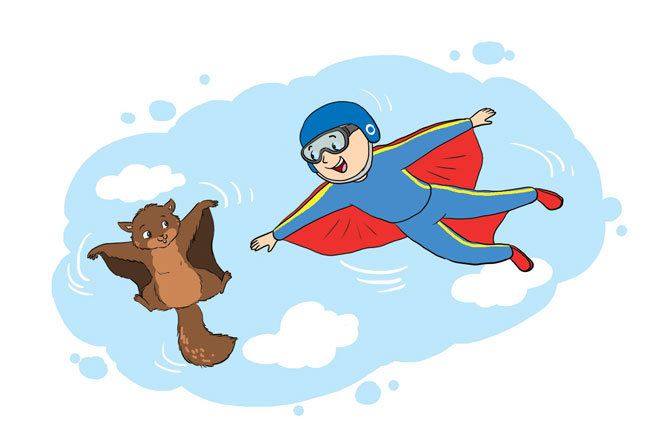 Ever seen a bird or an aeroplane and immediately thought of flying? Though we do not have wings, we do keep trying to fly. This would explain the popularity of sports like skydiving and paragliding. But there is one animal that does not need wings to fly: the flying squirrel.

The flying squirrel, found in North America, does not exactly fly; it glides from one tree to another.

The flying squirrel has extra skin that stretches from its front legs to the hind legs on both sides. When it wants to move from one tree to another, it launches itself from a high branch and spreads out its body as it jumps.

The extra skin stretches, looking and working like a parachute, helping it glide and land on a lower branch of the other tree.  It can even change direction by moving its limbs accordingly. The flying squirrel’s tail acts like a brake which curves just before landing and slows it down. The tail also acts like a rudder, helping it change direction mid-air.

Box: A flying squirrel can cover a distance of 150 feet in a single glide.

One thought on “Designed to Fly” 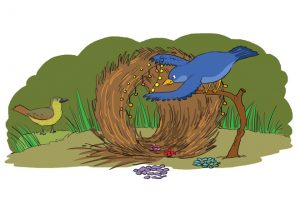 Interior Decorators
The bowerbird woos its mate with its amazing interior design skills.