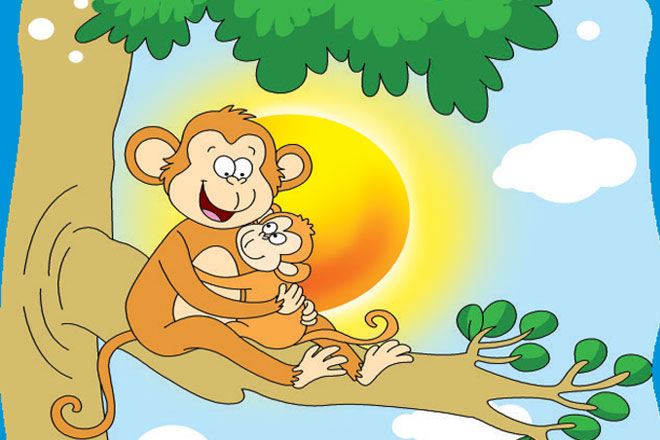 Noticed how when some adults talk to babies, it usually sounds like they’re speaking gibberish? There is actually a word for it-motherese.

It is a term that describes the way a mother or any adult, talks to young children. Babies, who still haven’t learnt a language or cannot distinguish words, can understand when their mother uses different tones and volumes to convey different meanings. This could be a warning to not touch something or an encouragement to try something new

It has been discovered that humans are not the only species to use “baby talk”. Adult rhesus macaques talk to baby macaques in a language that is different from the one they use to communicate with other adults.

Rhesus macaques are a species of primates commonly found in India, Pakistan, Nepal, Afghanistan and China. When an adult female rhesus macaque is around an infant that is not her own, she makes high-pitched sing-song sounds that are called girney to communicate with the baby macaque and establish a friendly contact. They also “girney” to attract the attention of a baby macaque which wanders away from its mother so as to make sure it doesn’t wander beyond the territory.

A female macaque does not use the girney with her own offspring. And when she does girney with another baby macaque, she will also wag her tail simultaneously.