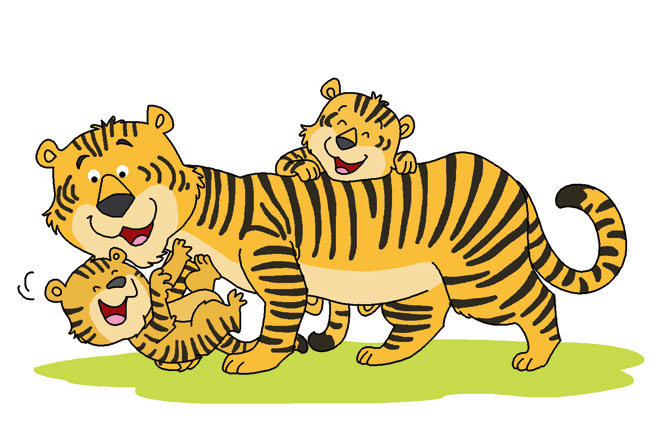 Is it true that tigers like to be on their own unlike the lions?

Yes. Except for a mother and her cubs, tigers live and hunt alone. Tigers have their own territories and interact only during the mating season to give birth. If tigers encounter each other at other times, they will try to defend their own territories. Scent marks and visual signs, such as scratch marks on trees, allow them to track other tigers in the area, and even identify individuals. A female tiger is also keenly aware of the other females whose territories are around her’s; in many cases, a tiger in the neighbouring territory may be her daughter. However, tigers do get together at times to hunt, especially when the prey is big like a water buffalo.