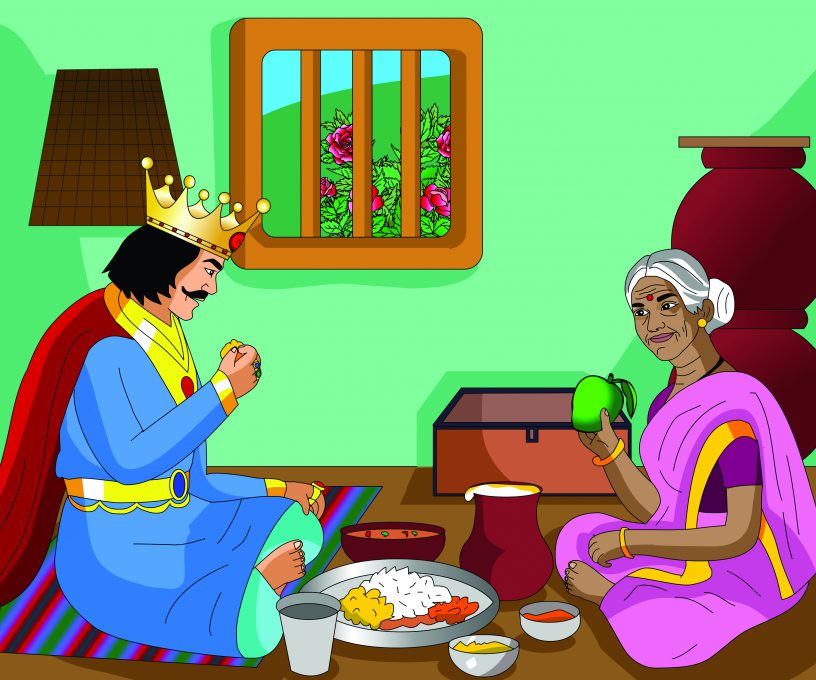 Once upon a time, there lived a King named Leonar who loved eating delicious food. He would send messengers to different kingdoms in search of recipes and special ingredients.

When his messengers returned, King Leonar would give those recipes and special ingredients to his cook and ask him to make those dishes. If the dishes were good, he would reward his cook, but he would punish his cook if he didn’t enjoy the taste of the dishes.

“Make many dishes. I want to taste all of them! Don’t forget to add the exotic ingredients and lots of dry fruits and nuts to all desserts,” the king ordered.

“But Sir, some dishes will lose their unique flavour if we add all ingredients to them! Sometimes, simple recipes are tasty,” the cook replied.

King Leonar was displeased with such words and ordered a harsh punishment for the cook.

The cook could not leave the palace because King Leonar kept guards to keep an eye on him as he was the best cook in the whole country. The poor cook was tired.

One day, King Leonar went hunting and got lost. The soldiers tried to find him but failed.

For once, the cook was happy. He cooked lovely dishes with simple ingredients everyone in the palace enjoyed them.

Meanwhile, King Leonar, after walking for a while, reached a hut in which an old lady lived. He was hungry and tired. 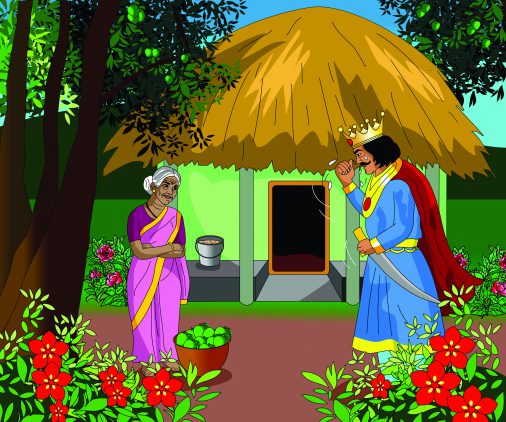 He wanted a good meal and said, “Hello, I am King Leonar of the country. Make me a delicious meal and I will reward you.”

The old lady smiled and welcomed the king. She had a mango tree in her garden and luckily, it being summer, the tree had lots of fruits on it.

She arranged a cot under the tree for the king to rest and served him a glass of aam panna. King Leonar sipped it and exclaimed, “Wow! This is delicious! What is it made of?” 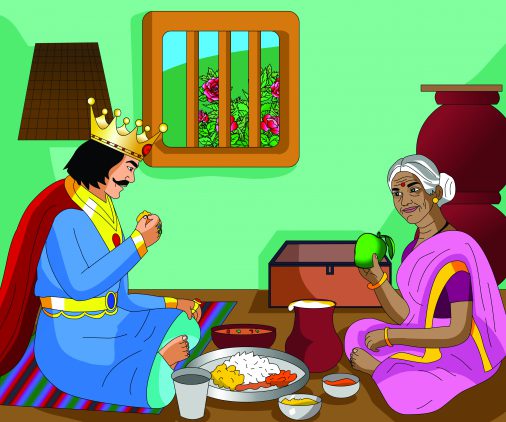 King Leonar was surprised that such simple ingredients could bring out such a unique taste. And so thinking, he dozed off to sleep.

The old lady continued cooking. After a while, King Leonar woke up to delicious aroma coming from the kitchen. He was eager to taste the dishes.

King Leonar relished each bite and kept asking her for the exotic ingredients that she had used.

But the old lady said, “Your majesty, I am poor and cannot afford exotic ingredients. I use the mangoes from my tree and cook whatever I can. I am glad you liked my simple dishes.”

King Leonar realised his mistakes. He had been collecting exotic ingredients, nuts, and fruits and trying to mix them all to create tasty dishes instead of enjoying each flavour’s uniqueness.

He realised that everything has its own speciality and it need not be mixed with something else to make it special.

Soon, King Leonar’s soldiers came to his rescue. The king thanked the old lady and rewarded her.

After reaching his palace, he hugged his cook and apologised. He asked the guards to step aside and gave the cook his freedom. The cook was happy and relieved. He chose to stay and cook for the king.

King Leonar asked him to cook as he wished.

From that day, the cook made simple dishes and King Leonar enjoyed each one of them.

3 thoughts on “The Joy of Simplicity”

This story is absolutely nice. I liked this.