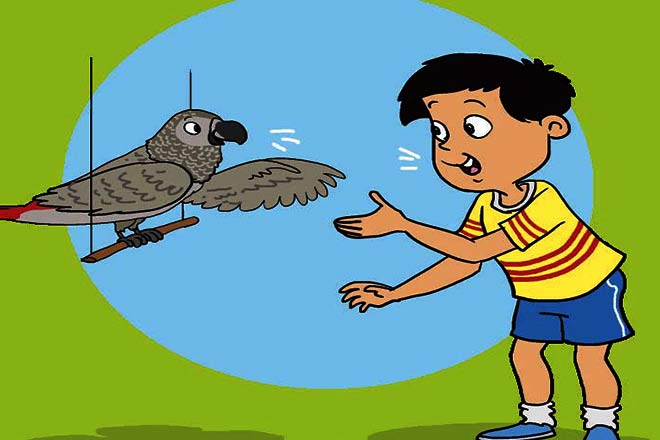 Parrots are commonly known to imitate sounds such as the barking of a dog and security alarms. Sometimes, they also repeat words. Unlike humans, parrots do not have vocal chords or lips. Parrots use a vocal organ called syrinx that controls the movement of air within the throat to produce different sounds. The syrinx can also produce two sounds at the same time. The parrot’s thick tongue aids in speech. When air passes through the syrinx, the parrot moves its tongue to produce sounds.

tongue to produce sounds. Among all species of parrots, the African grey parrot is considered to be the most intelligent and has a greater memory. Hence, it is able to learn a greater vocabulary.

The African grey parrot does not only speak human language, but it is also the only bird known to understand what it speaks. It understands what each word stands for. Cosmo, an African grey parrot, would use different phrases depending on whether the owner was in the room or not. When the owner was away, it would use phrases that established location like “I’m here”, “Where are you?”. When the owner was in the room, it would use phrases to establish interaction like “Do you want to play?”