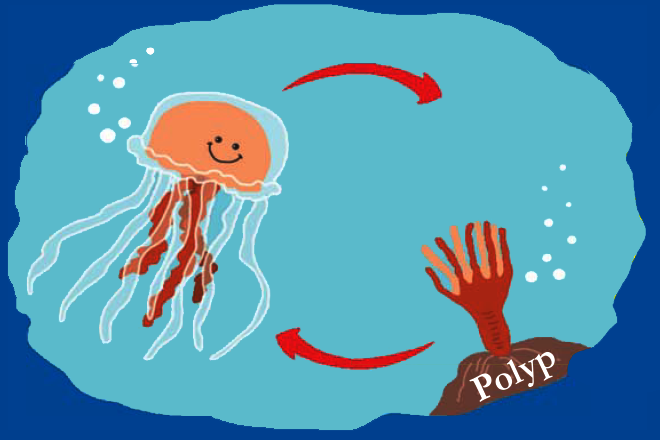 Every birthday, we grow a year older. Our body also ages with time. This is true of most living beings, except a type of jellyfish that has the ability to reverse its life cycle!

Turritopsis dohrnii, a species of jellyfish lives in the Mediterranean Sea and in the waters around Japan. This small bell shaped jellyfish grows up to 4.5 mm in diameter as well as in height—that is about the size of a fire ant.

Generally, a jellyfish starts life as a polyp—a cucumber-shaped organism that attacks itself to the ocean floor or a coral reef. Depending on the species, a polyp takes between a week and a month to grow into an adult.

When an adult Turritopsis dohrnii is injured, it goes to the bottom of the ocean floor and transforms back into a polyp—its infant state. It does so by first retracting its tentacles and then gradually shrinking its body. Once it reaches its polyp state, it starts to grow back into an adult jellyfish. This makes the jellyfish immortal. It has the ability to do this over and over again, until it is either eaten by a predator or dies of some disease.

Turritopsis dohrnii has inspired scientists to use this process of “rebirth” to try and renew damaged or dead human tissues of a dysfunctional organ and restore it to its normal state. 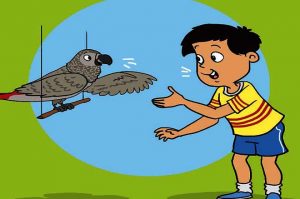