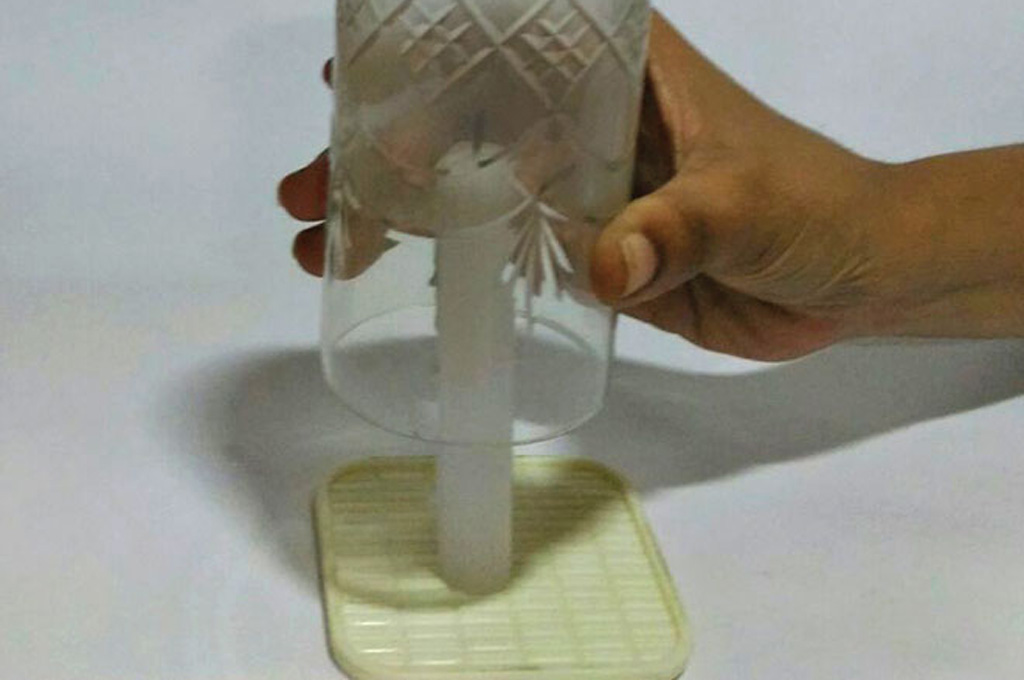 1. Place the bottle before a lit candle. 2. Stand behind the bottle and try to blow out the candle. See: Despite there being an object between you and the candle, the flame goes out.

Think about:
Why does this happen?
The reason the candle goes out despite having a bottle in front of it is because of aerodynamics. When you blow at a rounded or cylindrical surface, the air will tend to stick to the surface even as the surface curves, this is called the Coanda effect. This way the air curves all the way around the bottle, and can blow out the candle.

1. Cover the lit candle fully with the glass and watch the flame go out. 2. Now, try it again without setting the glass down fully as shown. See: Despite the air supply not being cut off, the flame goes out.

Think about:
Why does this happen?
The flame requires oxygen to burn. The burning candle uses up the oxygen and heats up the air inside the glass. This hot air, which does not have much oxygen left in it, rises to the top of the glass and stays there, instead of circulating. This prevents the fresh air outside the glass from flowing in to supply the flame with oxygen. Thus, the flame eventually goes out due to the lack of oxygen.

Let’s find out:
Why does blowing on a flame put out a candle?
When we light a candle, the flame melts the wax near the wick. This liquid wax is then drawn up the wick and gets heated by the flame until it turns into gas. This gas mixes with oxygen in the air and keeps the flame burning. The heat in turn melts more wax and thus the cycle continues. When we blow on a candle, we reduce the temperature at the wick to a point where the liquid wax cannot turn into gas, and is unable to sustain the flame. Thus, the flame goes out.