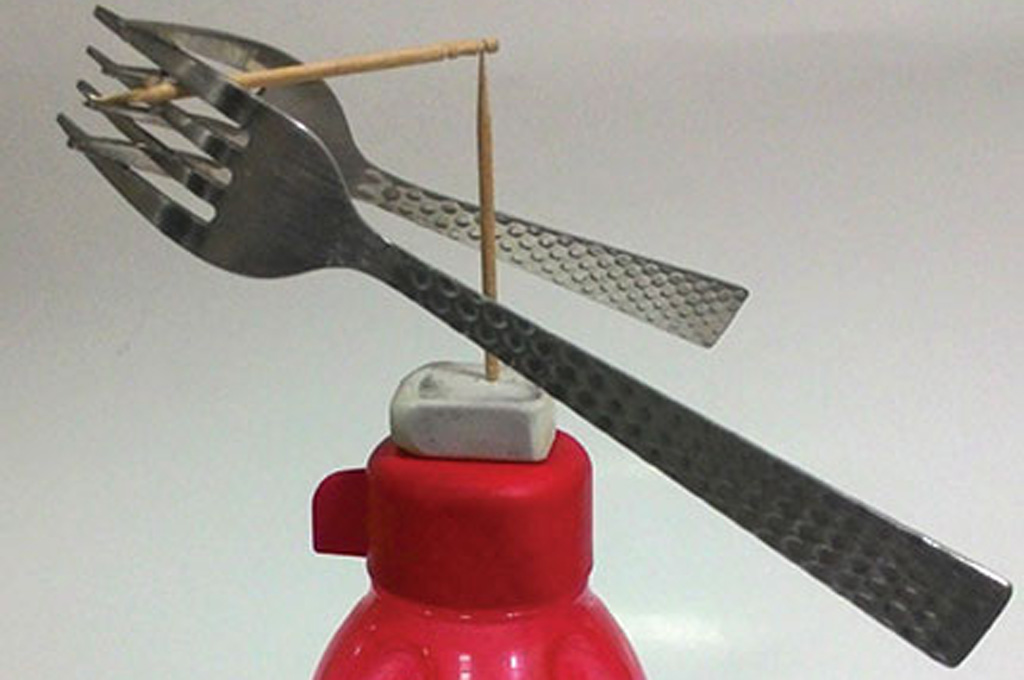 1. Fix a toothpick to the eraser by piercing it in the centre with the blunt end of the toothpick. Place eraser on top of the bottle. 2. Take the two forks and interlock them tightly as shown. 3. Insert the pointed end of the second toothpick through the interlocked forks See: When you place the toothpick with the forks attached to it on top of the other toothpick, it does not fall! The entire construct balances on the tip of the second toothpick. Think about:
Why didn’t the forks fall?
For an object to be balanced the weight must be equally distributed on both sides. In a scale, for example, you can easily balance it on your finger tip by identifying the half-way mark. If one side is longer than the other, the ruler will fall. This half-way mark is called the centre of gravity–the point in an object where the object’s mass is concentrated and can be used to balance it.