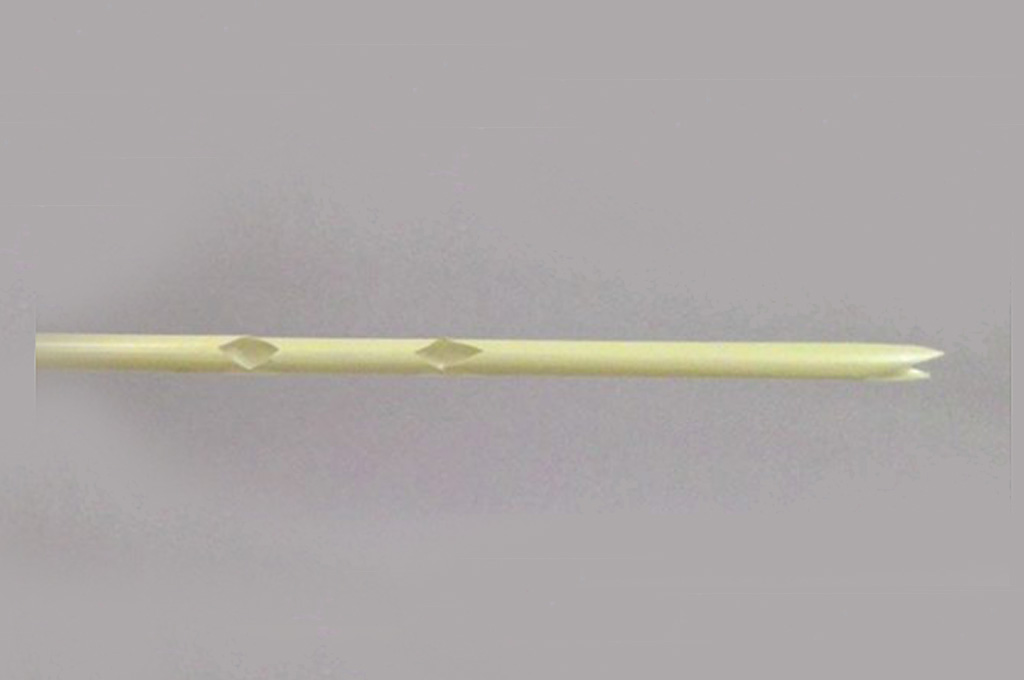 Stuff:
• A straw
• A pair of scissors 1. Flatten the tip of a straw at one end as shown. 2. Cut diagonally across the flattened end from both sides so that it looks like a pencil point. This is the reed end. 3. Put the reed end into your mouth and blow into it. See:When you blow through the straw, it makes a sound like a musical instrument.

Cut two or three holes along the length of the straw as shown. Now, you can manipulate the sound by blocking or unblocking the holes in different combinations.

Think about:
How did music come out of the straw?
Sound waves are created by the vibration of an object. When you blow on the reed end of the straw, the two pieces of the tip vibrate. The vibration travels back and forth along the length of the straw, creating a wave in the air inside the straw. This wave travels through the air till it reaches your ear where it is received as sound. It’s the same science behind speech. When we speak, our vocal cords vibrate, thus creating sound.

Let’s find out:
How does a flute produce sound?
When air is blown into a flute, the air vibrates along the length of the flute which creates the sound. The length of the flute determines the sound, as the time taken for the vibrations to travel long the flute also changes (you can try it with the straw by cutting at various lengths). When you open or close the holes on a flute, it changes the frequency of the vibration, as the air waves escape through the holes instead of exiting through the other end. This helps a musician produce different notes in a flute.