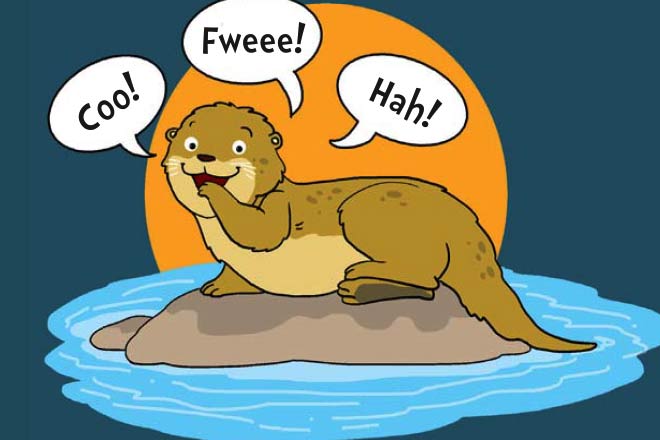 Giant river otters are found in the rivers and creeks of north-central South America. They are the largest sub-species of otters and can grow as long as six feet. Otters are social animals and live in groups. Each group is called a family or bevy, and has about 3-20 members. The giant river otters are the chattiest species of otters and scientists believe that they have developed a large vocabulary because of the large families that they live in.

Giant river otters whistle to warn to other otter families in case of danger, hum or coo to reassure their group’s members or their young ones and also make ‘hah’ sounds to show interest.

Families of otters have a unique group song or chorus that they shout at other otter families in order to share their identity.

Young giant river otters are also capable of making 11 unique sounds, including some that are seen only in younger otters. For example, they squeak to attract attention. They also whine and wail while participating in group activities.