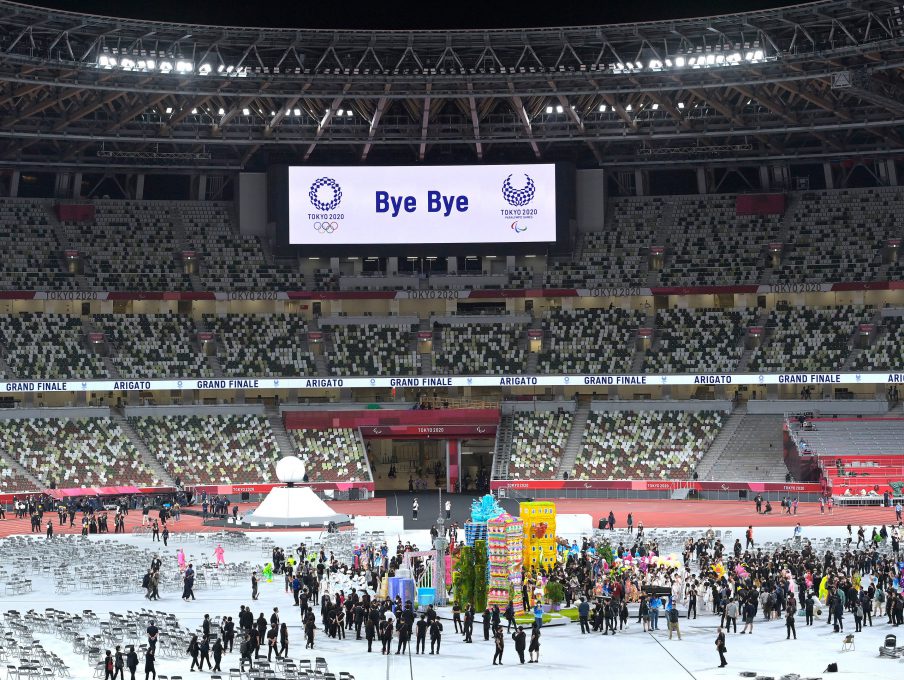 Jumbo elephant has come over to Meeku mouse’s house to hear more about the Paralympics.

Jumbo: Wake up Meeku! You promised me yesterday that you would tell me everything about what happened at the Paralympics.

Jumbo fills his trunk with some water from the water jar nearby and pours it on Meeku.

Meeku: (Wakes up with a start) It’s raining, it’s raining!

Jumbo: (Laughs mischievously) Wake up already! Let’s talk about the performance of the Indian players at the Paralympic Games and also the closing ceremony of the Games.

Meeku: (His face wet) Just my luck, my friend is also my enemy. Doesn’t even let me sleep peacefully!

Jumbo: Are you awake or should I pour again?

Meeku: (Wide-eyed) No need for that. I am awake.

Jumbo:  Let’s sit outside in the garden and talk. Tell me how many medals did Indian Paralympic players win?

Jumbo: Okay! That’s more than the medals in the Olympics!

Jumbo: Which players won the medal this time?

Along with these, six bronze medals were also received, which included two medals in shooting, two medals in athletics and archery as well as one bronze medal in badminton. For India, Sunder Singh Gurjar won one in the javelin throw, Singhraj Adana in shot game, Sharad Kumar in high jump, Avni Lekhara in shot as well, Harvinder Singh Archery and Manoj Sarkar in badminton. Avani Lekhara and Sinhraj Adana achieved double success by winning two medals each in these Paralympic Games.

Meeku: Well, let me tell you that it’s closing ceremony was also as spectacular as the Olympic Games. Six people, including one Paralympic player from Japan and one Olympic medalist each, brought the flag of Japan to the stadium. These six people also included people from the health-care staff who have been tirelessly working during the Games. After this, one by one, all the countries reached the stadium with their flags. First the Refugee Team of the Paralympic Games arrived with the Paralympic flag, followed by teams from all the countries, one by one. For the Indian team, Avani Lekra was our flag bearer and she walked in with the tricolour in her hand. 11 more members of the Indian team followed her.

Jumbo: I wish I get to attend the Paralympics next time.

Jumbo then raised his trunk and started swinging it in excitement and Meeku moved back in fear.

They both then started laughing and continued their conversation. 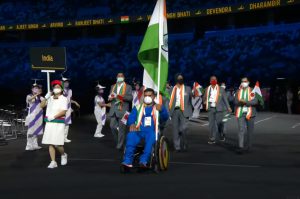 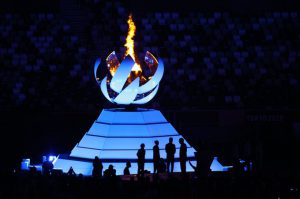 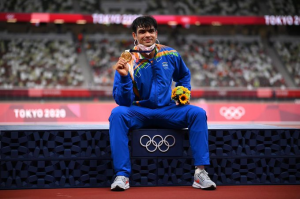