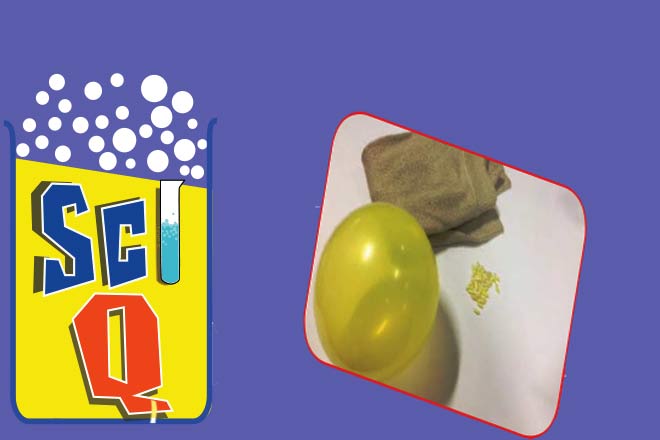 1. Spread the puffed rice flakes on a table. 3. Rub the balloon vigorously against a woollen sweater. 4. Bring the balloon near the puffed rice flakes. The puffed rice flakes get attracted to the balloon and stick to it.

Why do the rice flakes stick to the balloon?

All matter is made up of atoms. Inside an atom are protons, electrons and neutrons. The protons are positively charged particles, the electrons are negatively charged, and the neutrons are neutral, with no charge. In nature, opposite charges attract. Like charges repel. Static electricity is the result of an imbalance between positive and negative charges in an object. When the balloon is rubbed on a woollen sweater, electrons from the sweater get transferred to the balloon which then gets a negative charge due to excess electrons. When the balloon touches the puffed rice flakes, they get stuck to it because the rice particles are positively charged.